How time flies! The trout fishing season is already over and the salmon season has just twelve day’s left on the Eden. The autumn salmon run due to the very dry conditions has turned out to be a damp squib, it would seem that this has also been the case most everywhere else in the country. The next flood the river gets will be a very dirty one, it will be the second cleaner flood that will bring the fish, will that happen in twelve day’s, I would not think so? 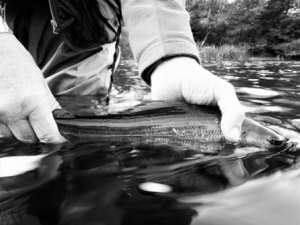 We have already weeks ago, turned our attentions to the other species on the Eden, a period that should have been the peak of the run and had some great sport.

On the middle river with my very good friend David and Australian friend Dean Wednesday. There were some good hatches of sedge and various mayflies which got the fish moving. 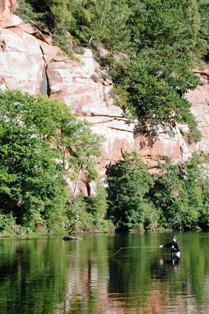 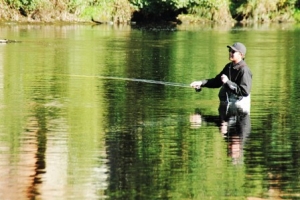 Enjoying every minute of it! 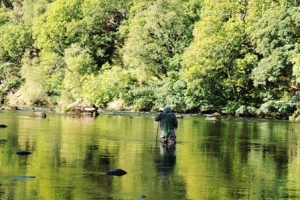 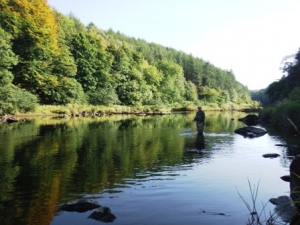 The foliage just on the turn. 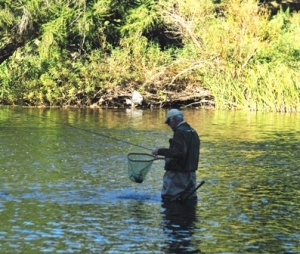 A good trout for David. 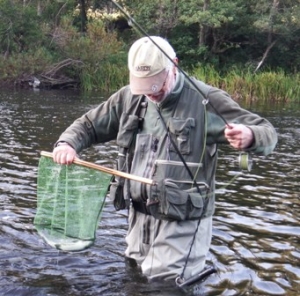 Followed by a nice grayling- Utube 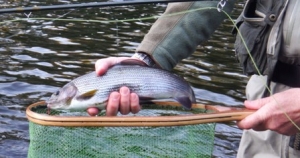 A very nice day on the water!

Had a lovely time on the river with Bill yesterday. All was going well and really enjoying the good weather and tranquility when a mass of mallard, goosander, swan, cormorant and many other water fowl came flying past us at a great rate of knots. What was disturbing all the wildlife that we had been enjoying all morning? 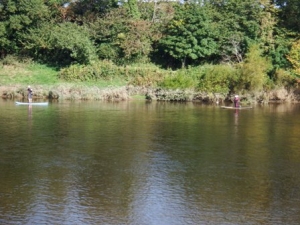 Paddle boards, as if canoes were not enough…. 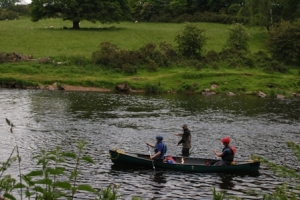 Some anglers (who have to pay for the privilege) are now beginning to feel like jay walkers!

….we have to put up now with people standing up paddling and poling their way down river without so much as a by your leave, what next, jet skis trolling baits!? Rant over! 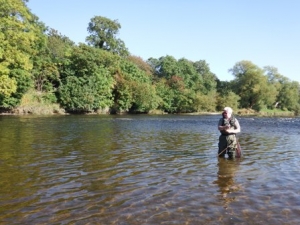 Bill did a fantastic job and pretty soon was getting some action. 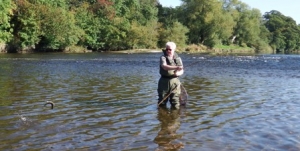 A lively fish in the air! Thank you Bill, I had a lovely time and it was good to see you casting so well!