Had a nice day on the river with Zach at Lazonby, it was  good weather and the river at summer low, there were plenty of sedge on the go in the afternoon with one or two fish active on the surface. It was Zachs first time at fly fishing, after a few basics on Spey casting with a trout rod, putting a small nymph on he was soon in action. 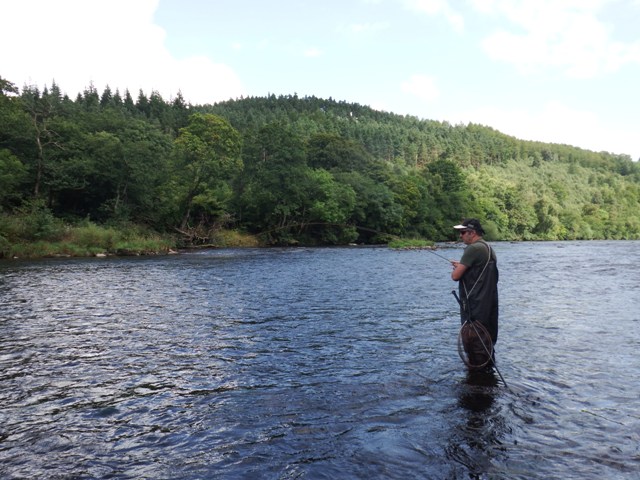 First a small trout and a decent grayling which was then followed by something a little bigger a few casts on.. 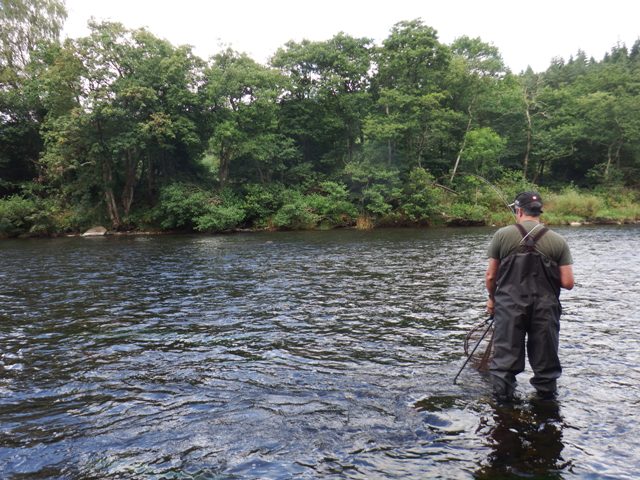 ..after a few real screaming runs and leaps, Zach did a fine job of playing the fish to a conclusion. 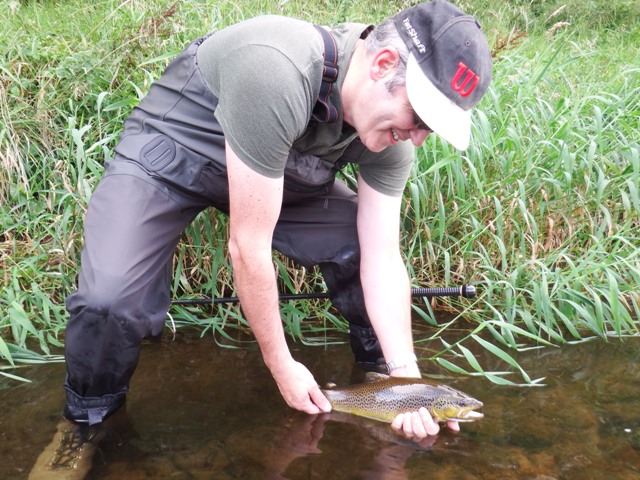 Not a bad way to start your fly fishing career!