William from Sussex joined me on the river for a few days this week, great company and a very enthusiastic fly fisher! River water conditions were very good apart from the constant high velocity and cool north-westerly winds that were suppressing the surface activity. We decided to try several parts of the river to give William a bit of variety and to see some of the Eden Valley. 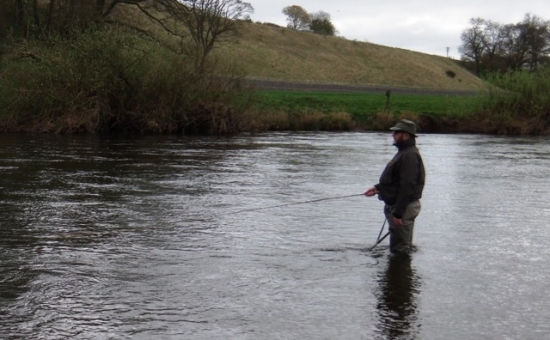 There was the occasional grannom and large dark activity but the trout were not very impressed. 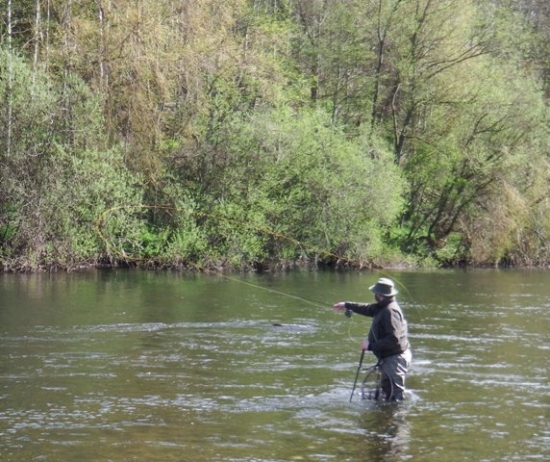 We worked on the Spey casting and fishing various nymphs…. 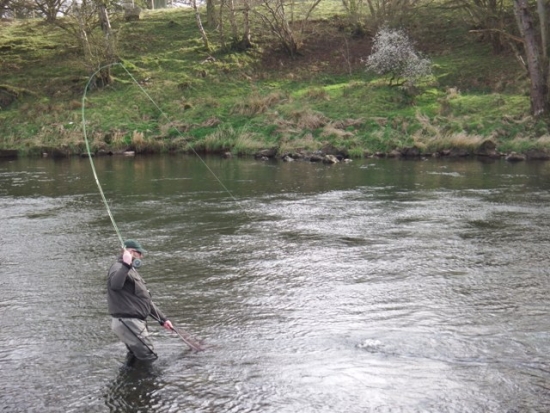 searching the water for an opportunist… 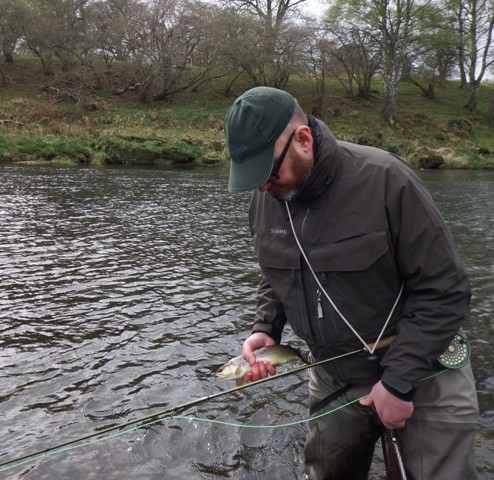 which resulted in a couple of hard to tempt reluctant but very welcome trout. 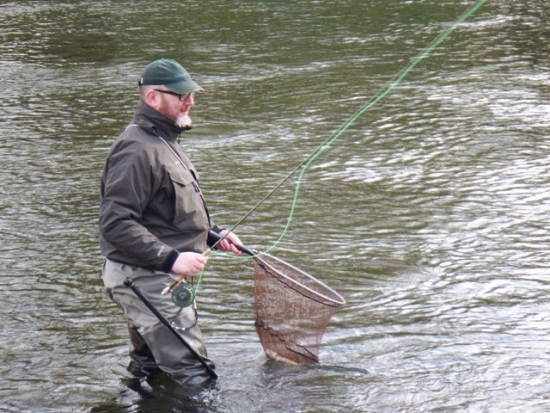 As we fished the venues, William’s confidence grew… 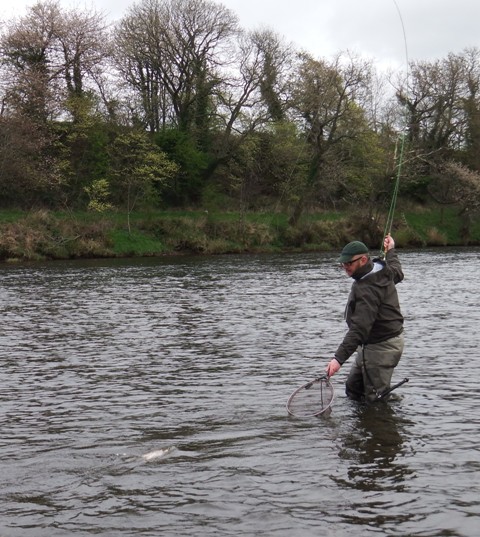 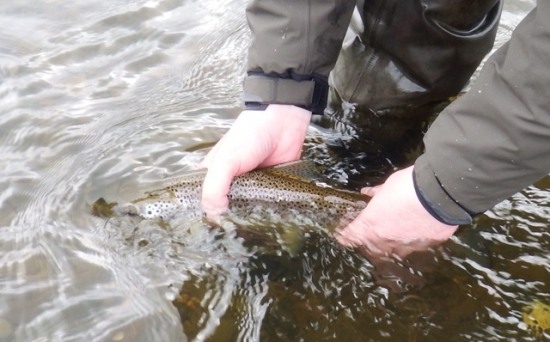 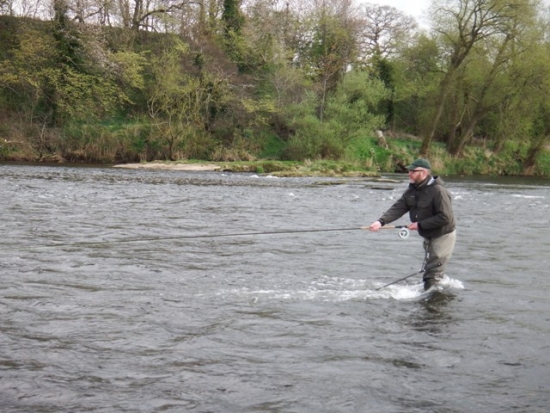 Being familiar with Spey casting the single-handed rod, it was not long before William was putting out a nice line for salmon with the double-hander . No connection with a salmon for William that day, but David Richens fly fishing alongside us that day had a sea-liced nine pound fish which fell to a Spring Boyo! 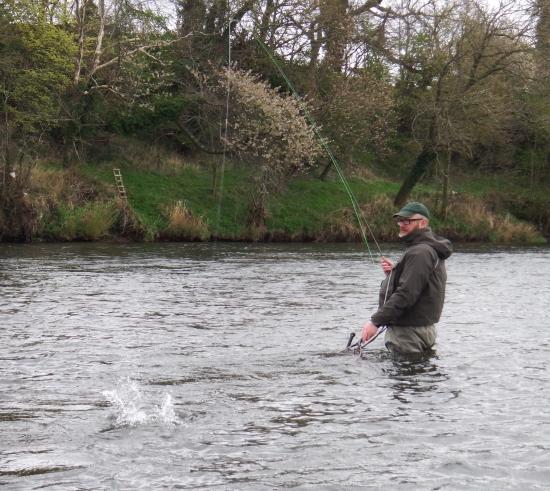 Back to the single-hander… 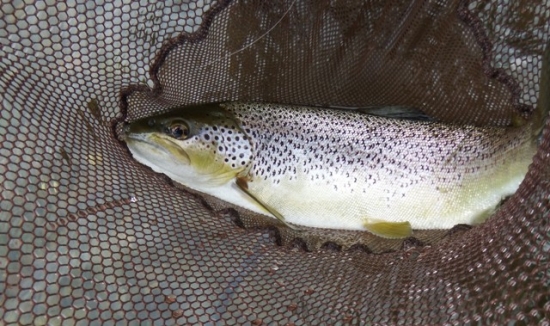 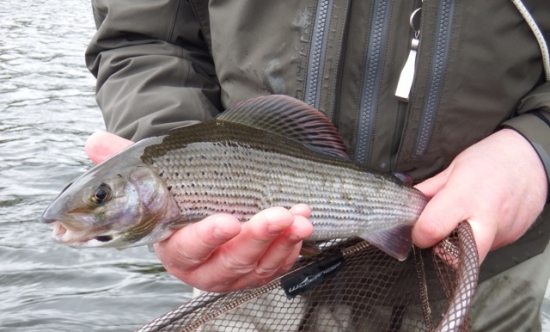 a couple of nice grayling.

I really did enjoy William’s company and good humour, it is nice when people are enthused and want to make the most of any situation no matter how difficult it may be. On some really difficult fishing days when the weather was not great and the fish were being very awkward, he never gave up and reaped the rewards for his perseverance, I was truly impressed!