It was the first outdoor visit to Greystoke Castle this year to do some kick sampling on the North Petteril stream bed that runs in to the lake there. Borderlines have been doing this for some years now with the pupils of Greystoke school to determine just how healthy the water course is. Invertebrates, mollusc, amphibians, fish are collected, identified and scored to see what the current state of play is. One group in the morning and another younger group in the afternoon braved snow, wind and sunny periods without complaint and with good humour! 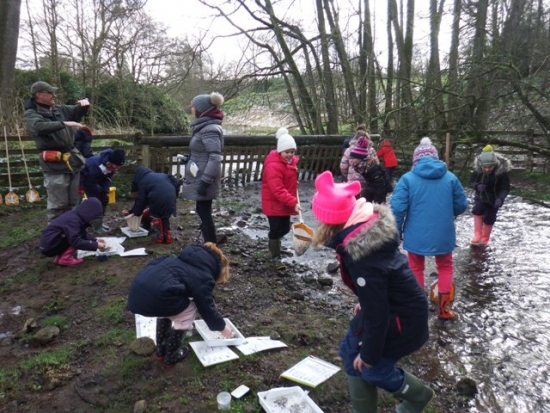 There were very good numbers of mayflies, caddis, freshwater shrimp to be found, but not so many stoneflies though as there were in previous years, something to keep an eye on!

We also talked about the effects of gravity, how the food chain worked and how every living thing was so dependent on each other, from algae right through to blue whales. 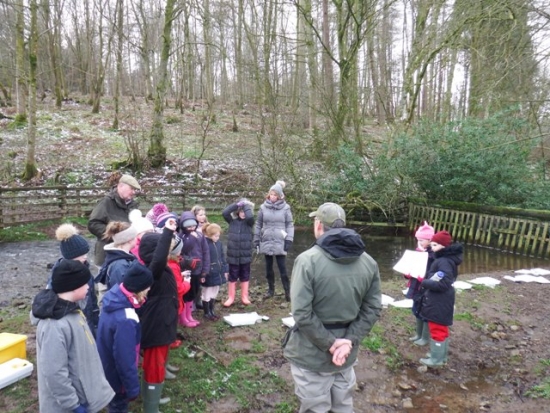 The pupils have done health and safety talks with us so many times in the past, that they are now able to take over that role and do it themselves, making a fine job of it too! 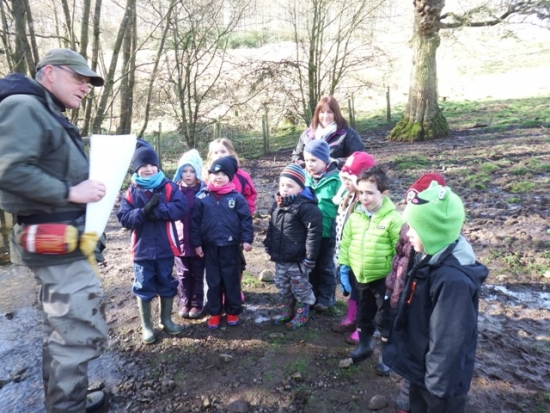 The younger group in the afternoon, it was like Ascot with all the different hats! 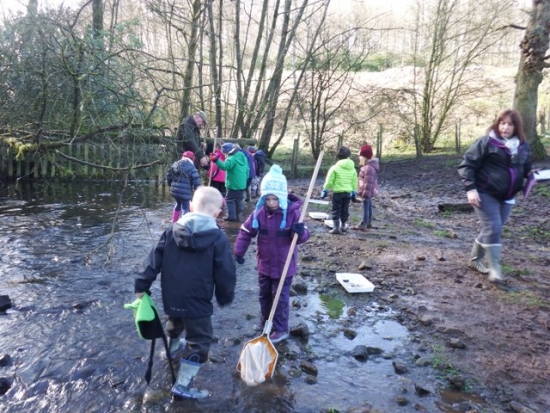 A great day out, a pleasure to spend time with the keen pupils, all had some fun and learnt loads! A very big thank you to Neville Howard for the use of the grounds.