There was a spell last week when the river was very low and the water temperature around 21 oC along with the air at 24oC + during the daytime. Understandably the fishing was always going to be hard work (if you can call it that) and on the slow side, especially with a cloudless sky, the hatches that had eventually shut down, but great if you liked a BBQ. 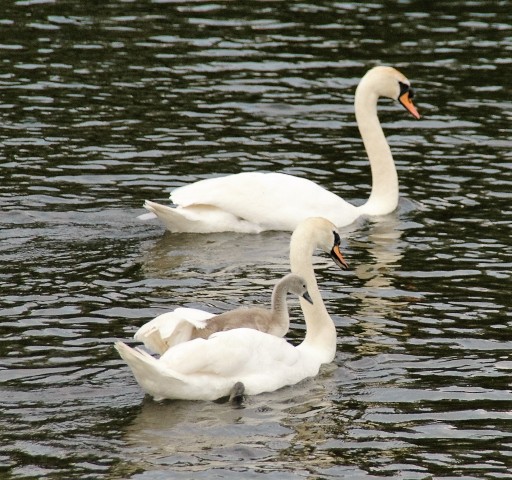 Too hot for a swim. 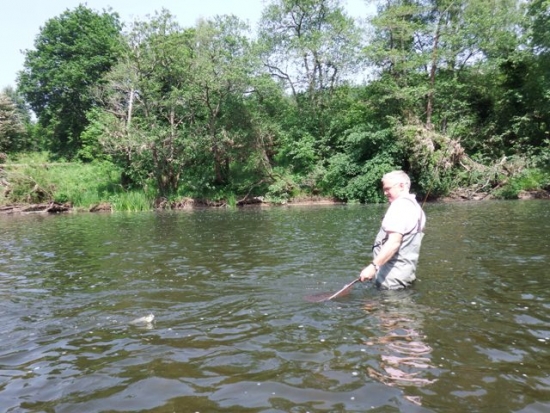 Even in those conditions, warm water, a slight algae bloom it is never impossible and anyway, we did not have a BBQ. 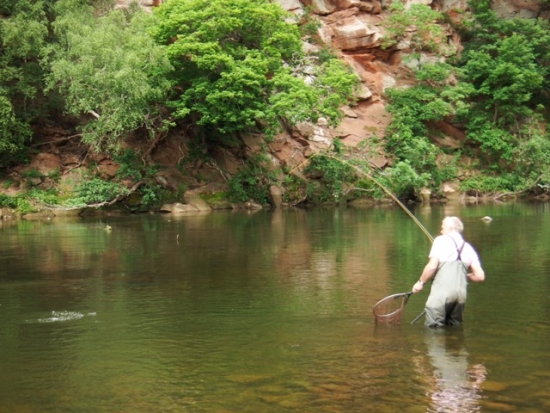 Fishing long leaders and small flies, Peter who joined me earlier in the week on the middle river got some action and a bit of a tan. 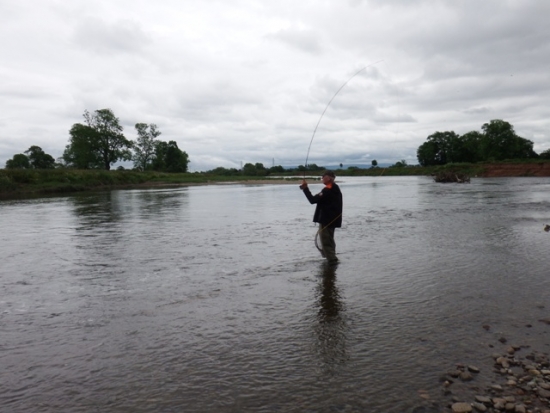 Then Andy on the lower river fishing for trout.

With the heavy locallised showers through the week, it had put around six inches of fresh into the system and a tinge of colour. We have been seeing salmon every day on the lower beats for weeks now, there have been quite a few hooked but most of them lost of late. I fished for an hour with Kevin last night just before the tide, the water temperature had dropped remarkably with the slight rise of levels. 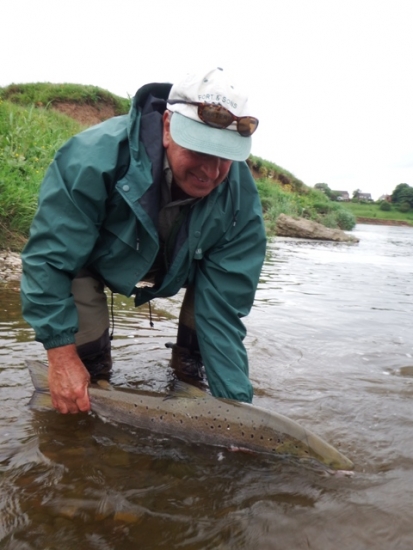 A ten pound cock fish for Kevin, not off the tide, but it had probably decided to move up river with the lift of water after it had been laying up for a while. 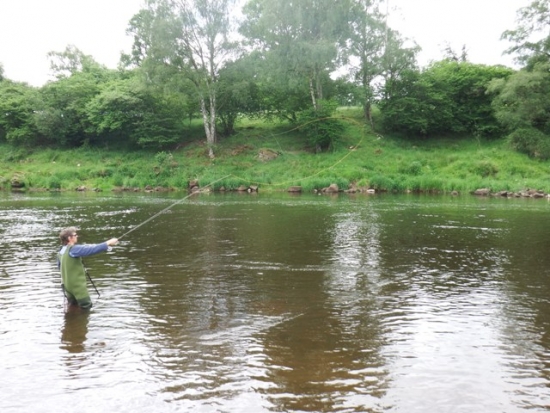 Out on the middle river today with Paul, got the casting together and he went fishing… 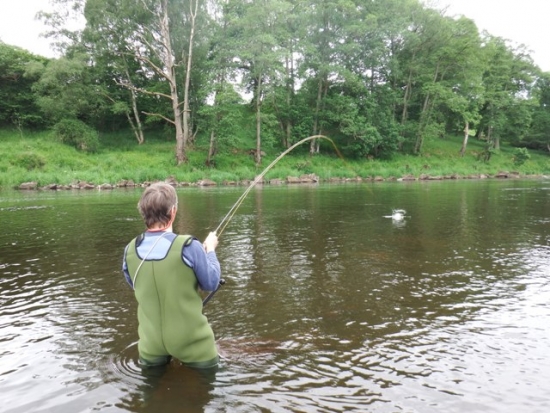 a lovely water, a few hatches, an overcast spell… 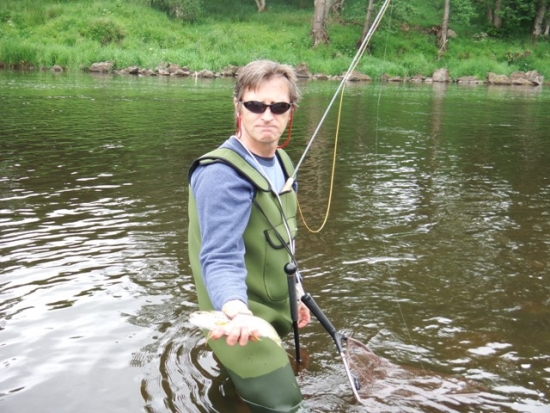 and a couple of nice trout!