The rain forecast did not materialise as the weather people had stated although it was blowing some, the day we had  in the shelter of the Eden Valley was a very pleasant one today. David from Workington who is (was) a still water fisherman joined me on the river today  for some pointers on how to cast and fish moving water. 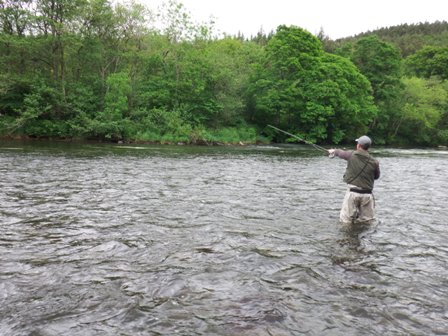 The surface activity was not at it’s best due to the time of day with most of the invertebrate life remaining on the river-bed, but the were fish there. David was putting out some fine casts on the first run through the pool. 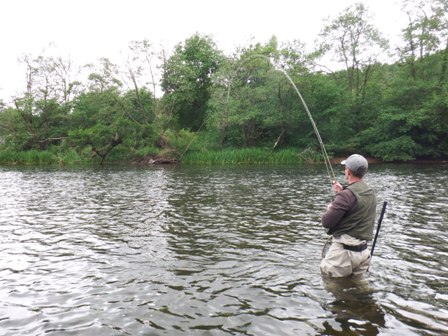 The faster water strangely enough did not produce today, but a little further downstream into the deeper section… 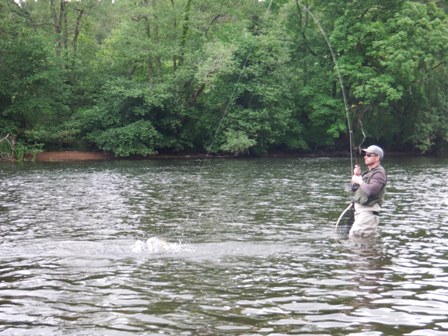 First a grayling followed by a nice brown trout on a partridge and red spider. 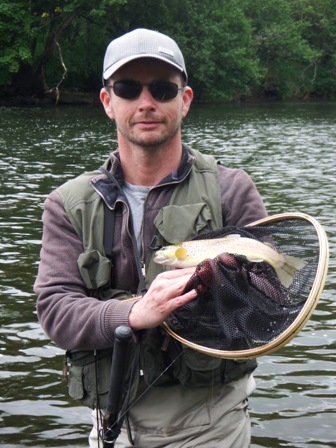 David with his brown trout. 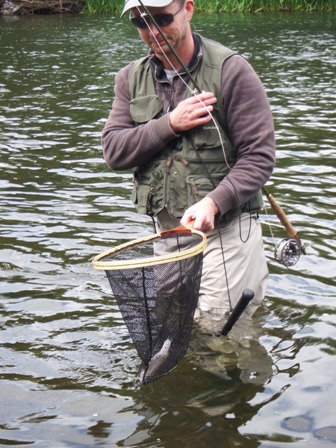 Then another grayling, good company and a great day on the water, thanks David!