What a productive period for the river Eden this month, the fish have been coming in off each tide in good numbers and running hard through the lower beats with the decent water levels. It must be well over two hundred spring fish reported so far off the Eden, what would it have been like if there were more people out fishing? The Eden has had to be arguably one of the best performing rivers this season so far. The trout fishing when the persistent strong cool winds ease off a little has been nothing short of spectacular when fishing coincides with a good hatch. Will the numbers of running fish be similar in the Summer and Autumn, I certainly hope so after the last couple of quiet back-ends we have experienced, we will have to wait and see! More heavy rain today and some more forecast on Sunday, the middle river should be on fire for the next week or so!

We have been busy with Borderlines in south-west Scotland all this week and next getting our youth in to fly fishing on various waters. 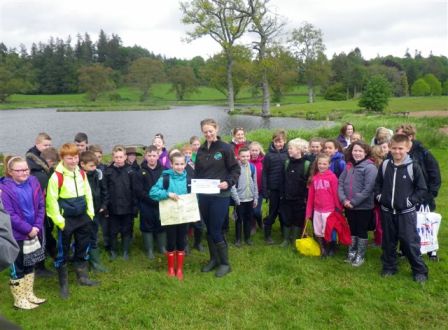 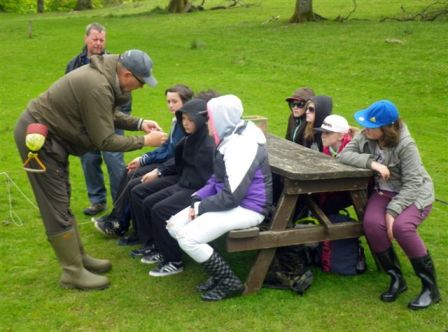 Derek Kelly preparing the group for the day. 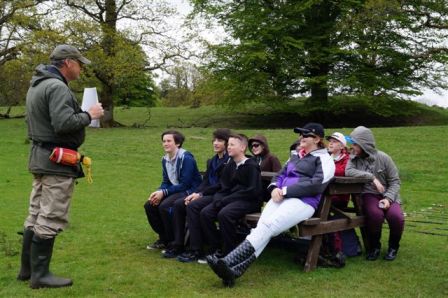 Clive with the health and safety. 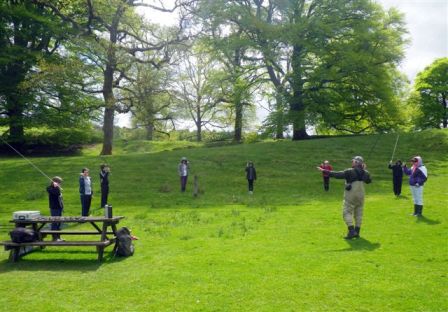 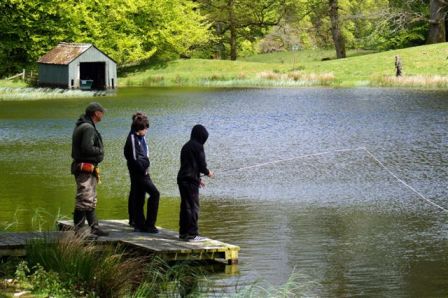 Very hard but worthwhile work if angling is to have a future.

The Eden report this week.

It has been an excellent week for Eden salmon anglers with fish reported caught as far upstream as the Eden Hall Estate. At Kirkoswald on Saturday Mel Cooper landed a brace at 8 and 10lb. Downstream the Low House Estate waters Armathwaite beat produced a 10 pounder to a Flying C in Linkey for Julian Shaw. Similar tactics in the Tail of Linkey saw Alan Sefton land a 10 pounder. David Garfoot landed a brace; a 14lb on a Rapala in the Bathing Pool, his second at 12lb took a Cascade fly in Linkey. YFF’s Peter Jones landed a fly caught 10 pounder in Linkey. Jim McKay caught a 9 pounder in the Bathing Pool on a Flying C. On the Low House beat Alan Lawrence landed a 10 pounder in Leastrum using a Flying C. Jim McKay also had a 10lb fish in on a Rapala in Toby’s Hole. Dick Bradshaw used a Cascade fly, catching a 12 pounder in Nichol Hole and Low House keeper Philip Taylor landed a 12 pounder on a Red Devil tube fly at Beck End. Also at Beck End John McClay landed a 14 pounder on a Flying C. On the Carr Nook beat Geoff Stainton landed a 10lb fish on a Flying C in Lucky Hole. Alan Sefton landed a brace; a 10 pounder at Addison’s Bank and a 7½ pounder in the Willows on Flying C’s. Paul Hirst used a yellow belly Devon to land a 10 lb fish at the Fence End. On the Yorkshire Fly Fishers water at Wetheral Geoff Cowburn landed three at Island Foot, two of 12lb and one at 16lb. Peter Wrigley had a brace of 12 pounders. Guest Mitch Manage caught his first ever salmon at 9lb. Ian Cohurn landed an 8 and a 14 pounder and Tom Herd caught a 12 pounder. At Warwick Hall over the last week there has been 14 salmon caught and returned, 3 anglers landing a brace of fish each on Monday with Pete Johnston landing a 15 and an 8 pounder. But Tim Bacon went one better on Tuesday when he landed a 7, a 10 and a 15 pounder all on spinner at the Otter Stone. (Courtesy Chris Bowman).

Stan got another today 15 pounds!