The river is now at summer level, water temperature 11oC, bright skies, clear water and high pressure, not always the best combination for a good day’s fishing sometimes for either salmon or trout. On the middle river the flows are getting a little slow now with no rain for so long, a lighter outfit for salmon is a better option in these conditions, also using smaller flies size 10-12. 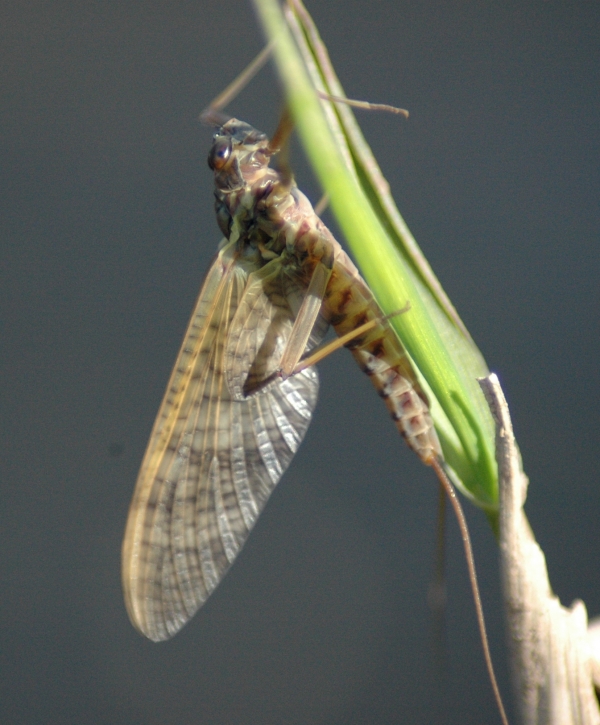 My very good friend David joined me on the river today, salmon fishing was the original intention but that soon turned to trout when the first of the season’s grannom hatch began. 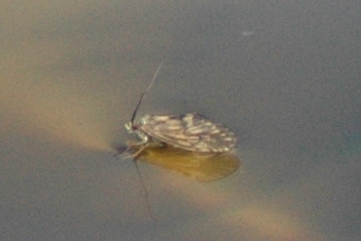 Quite a swarm a first then tapering off after twenty minutes or so which happened twice during the day, but it did bring the fish up to the top, it was interesting to see good movements of smolts dropping down the river also. 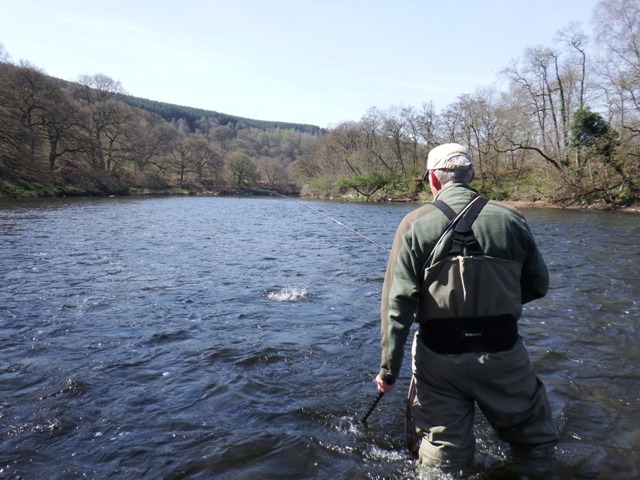 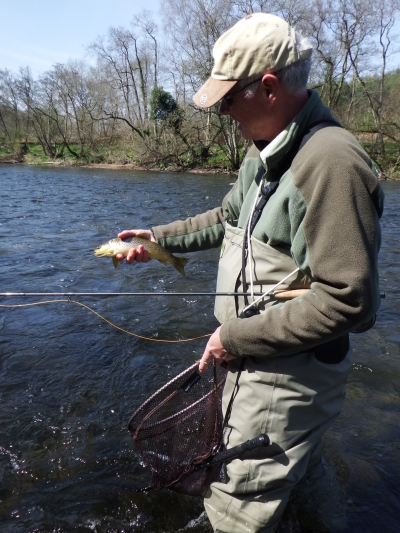 To nymphs and spiders fished near the surface. 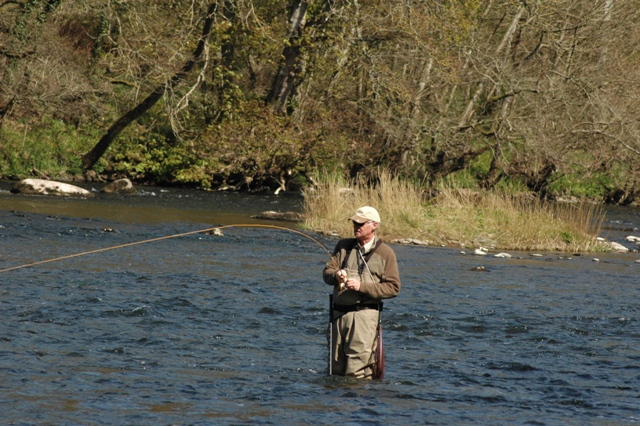 A good wind direction today and a warmer one, although the skies were bright the fish were up for it. 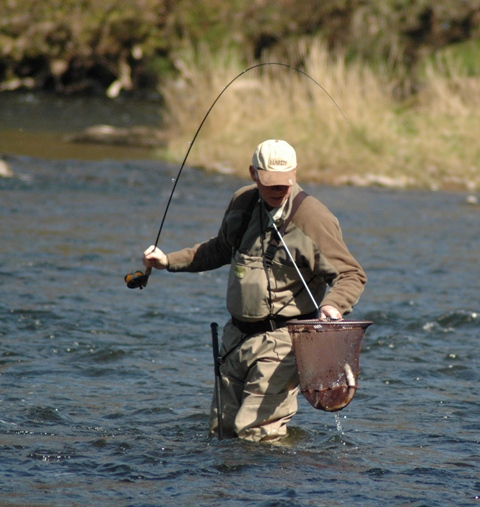 Some beautiful brown trout caught (and released), a fine day out and great company!