It has been said many times by many people that the friendly atmosphere at the Lowther Show is very unique to all other shows, it is something special and to be preserved. I have always enjoyed being involved at Lowther, meeting people and working with my friends, I would not miss it for anything, last weekend for me and for many others attending was the best so far. 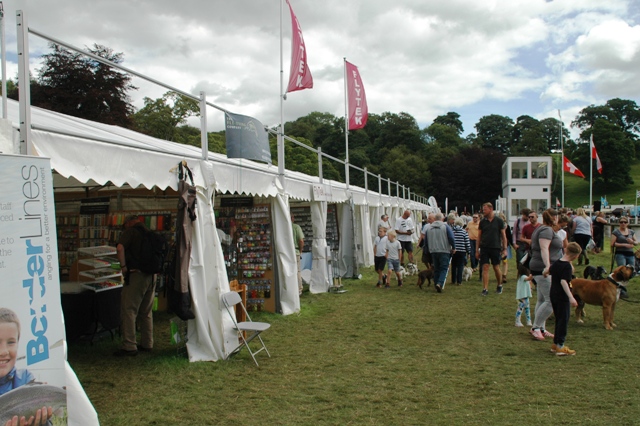 The whole show was organised very well by Countryman Fairs, on the Fishing Island and Fisherman’s Row we wanted for nothing and were very busy over the two days despite the unexpected forecast of rainfall on the Saturday.

This year like the last few years were about getting youth and families into fly fishing, something that Borderlines have been passionate about for many years now. Remarkably what was witnessed this weekend, were juniors entering into the various competitions who had been encouraged and taught in the previous years at the show. 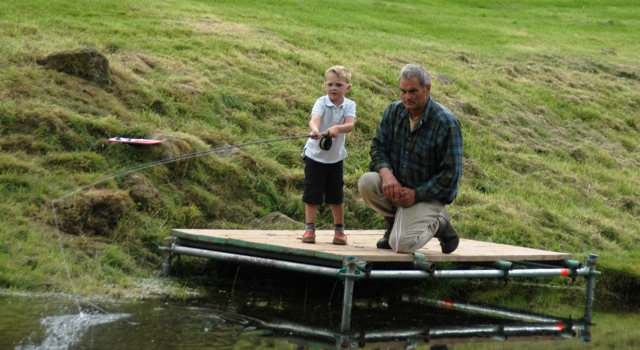 But what oils that mechanism is the generosity of time and donations given by so many to make this possible. John Norris of Penrith have been so consistently helpful and giving over the years that we have been at Lowther, they make a huge investment and a big difference into getting young people into fishing, a very big thank you to them! 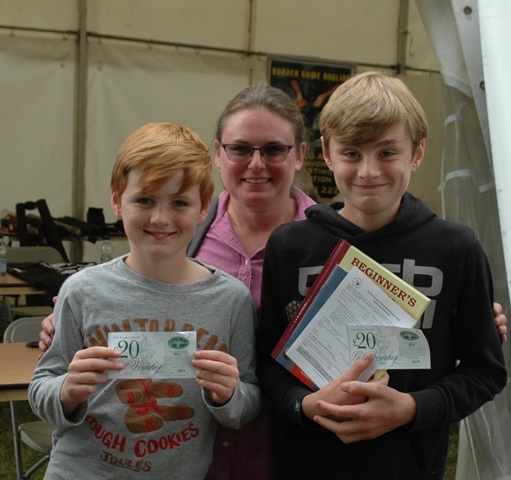 Zeb and Kai Wild did very well over the weekend and along their mother Donna who tried fly casting for the first time and is now hooked!

The help from REDFA, Penrith Anglers and Prince Albert towards the competitions on the Fishing Island was just brilliant (see Mike’s report below) and made it a great success. 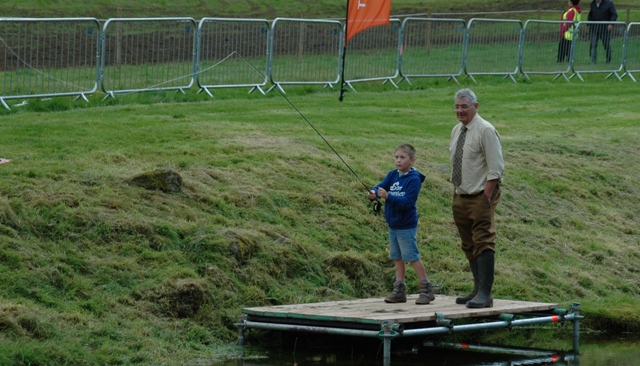 There must have been over one hundred juniors going through the casting clinics, fly tying tuition and fly casting competitions over the weekend! 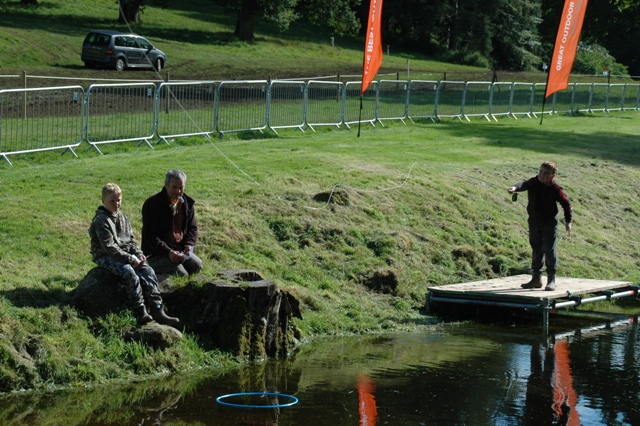 Also on the “Island” AAPGAI Brian Towers, Clive Mitchelhill, Derek Kelly and Bert Schaaf, FFMUK Philip Bailey and David Southall,  Prince Albert  member Karl Humphries, also John Walker and Roger Smith who did the programme of demonstrations were outstanding, a big thank you to all of them. 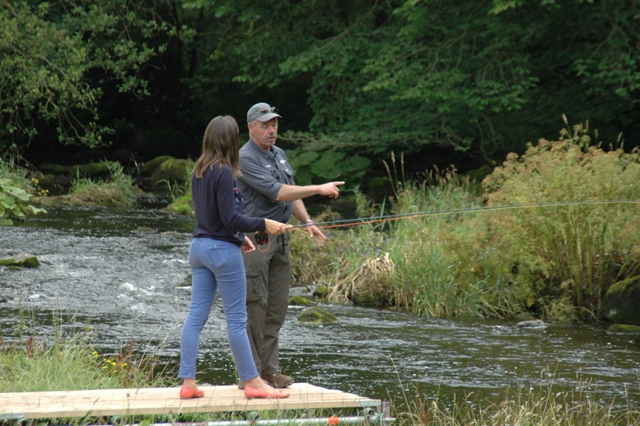 The casting clinic was very busy all weekend with both adults and juniors, a big thank you to all who ran the clinics…. 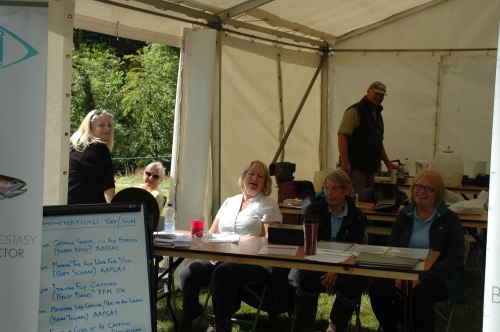 …..and the long suffering wives for dealing with the booking in (among other things) and making that run so smoothly! 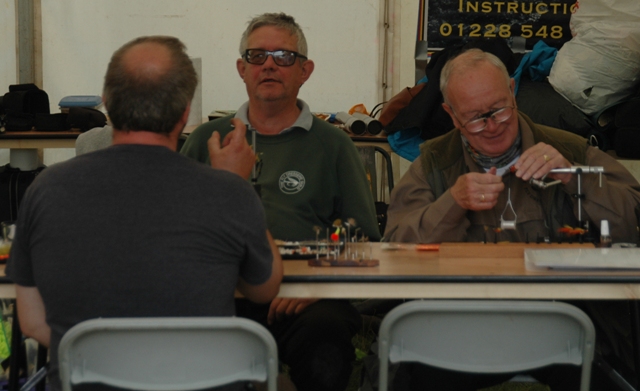 All in all, a very successful show, great fun, thank you all who participated and made it that!

The combined entries in the 2017 was the best for many years, after what was a wet start on Saturday morning that initially dampened spectators interest.

After midday things took off, with 42 individual entries on Sunday in the Junior Fly event.

Top score over the weekend in the Junior fly category with 19 points was Archie Bamforth, son of the Angling Trust Catchment adviser in the NW, closely followed by Zebby Wild on 17 points.  Saturdays winners were Jarod Kelly (10 points) and joint runners up Joe & Harry Mason and Oliver Pepper. 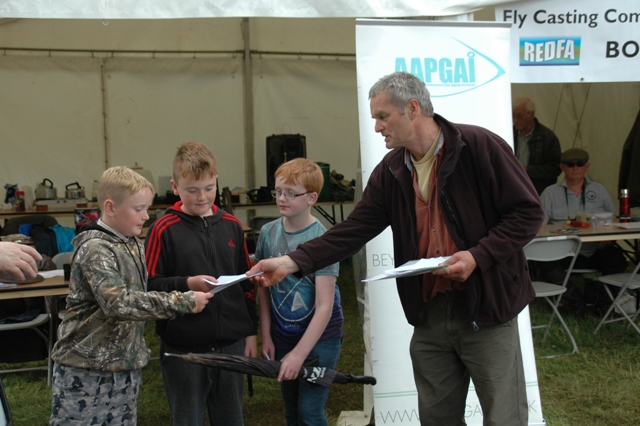 Good to see so many competitors returning from last year in all the class events.

For the adults we had some very noteworthy entrants and performances. 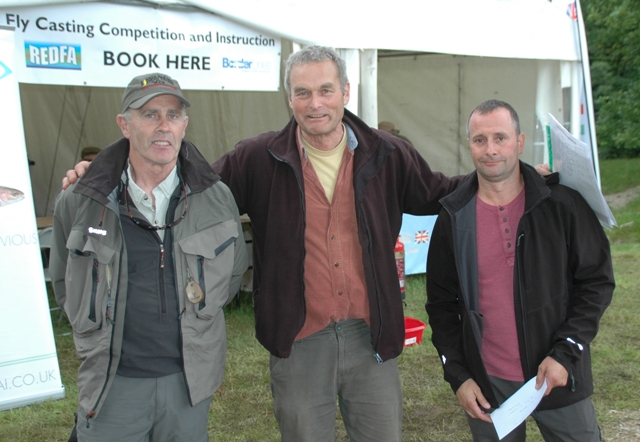 Peter Clark of Durham and Mark Forsyth of Keswick who were Saturdays winners on the Trout Accuracy.

Top of the list being Blane Lyon from Ayrshire at only 15 the current Scottish Junior and Senior national champion from the Salmon and Trout distance competitions at Scone Palace. 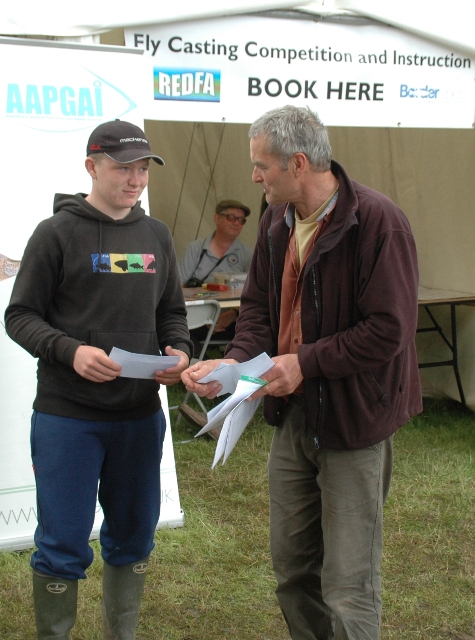 His distance of 31.5 yds in the trout distance on Saturday was improved in the favourable conditions on Sunday by Geoff Race with a cast of 32.5 yds.

Other notable distance casts were Blanes father Kirk Lyon with 30.9 yds and a regular competitor and winner from the NE Will Warne with 31 yds.

In the Trout Accuracy we had the highest ever score witnessed on the main pool by Simon Barber a winner at previous CLA Game Fair competitions. His score on Sunday registered 27 hit points with the next best on the day from Will Warne with 8.  The Saturday event was won by a regular winning competitor Peter Clark from Durham with 15 points, closely followed by Mark Forsyth from Keswick with 13.

All in all a well attended and enjoyed weekend at this years Lowther Fishing Island, with thanks to Borderlines, AAPGAI, REDFA, Country Fairs and hosts Lowther Estates.