Springtime on the river Tay in late May with beautiful surroundings on Lower Kinnaird is a time we all look forward to. We have run this salmon fly fishing experience for many years now and it is always nice to see our friends return year after year. There are two three day periods with eight anglers on each, three instructors, Illtyd Griffiths, Jonathan Morris and myself along with the ghillie on the beat Martin Edgar who really looks after us all. 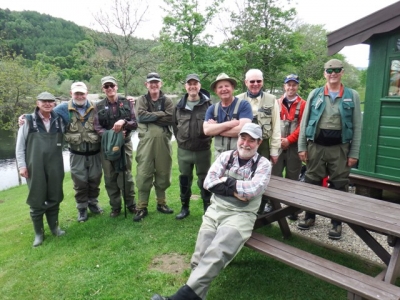 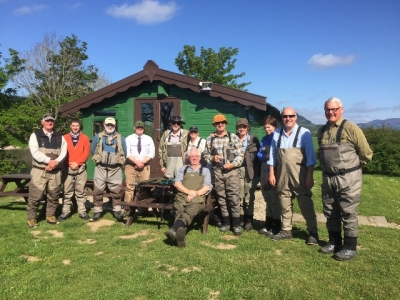 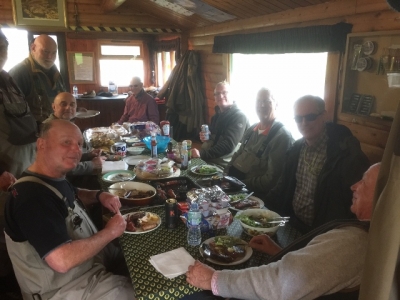 The food was great, a fabulous breakfast at the Dalshian House, with lunch and dinner in the lodge each day.

The beat has nearly two miles of double bank fishing and boast some lovely fly water with good fish holding pools. The Spey casting improved for all as time went by, there was some very nice casts and all rods were covering plenty of fish as they ran through the pools. But like so many stories all over the U.K, the fish although there in good numbers they were reluctant to take a fly unlike the last years participants so enjoyed. There were five fish hooked and four landed, it was good to see our friends Karl and his daughter Stephanie from Germany who have been joining us for years get a salmon each. 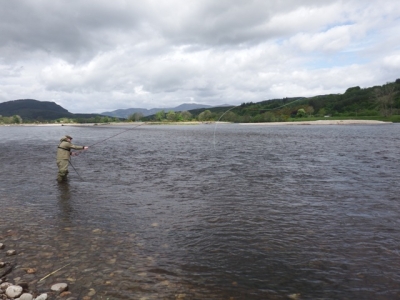 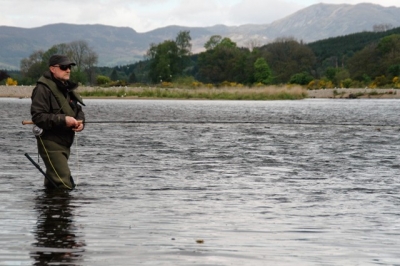 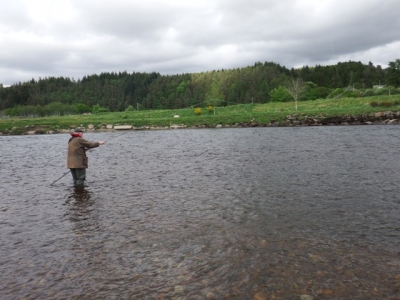 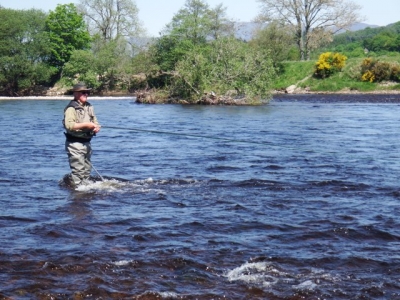 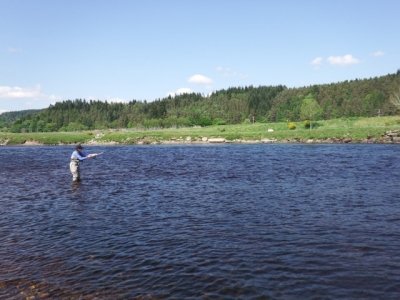 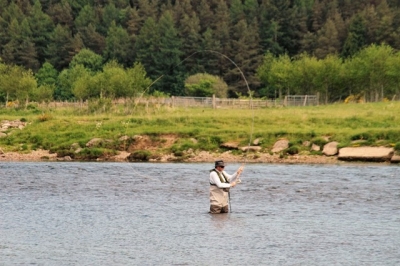 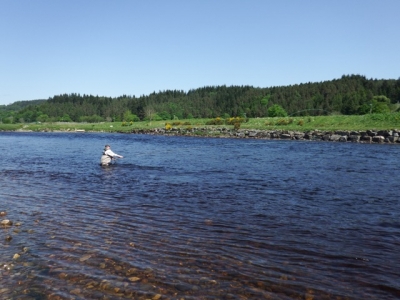 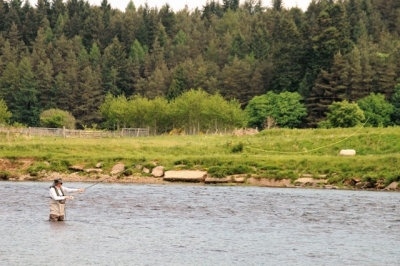 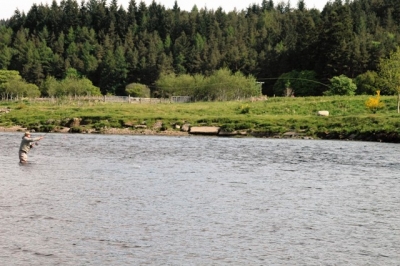 Jeff putting out a long line in Guay’s pool. 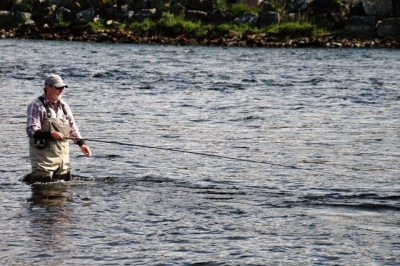 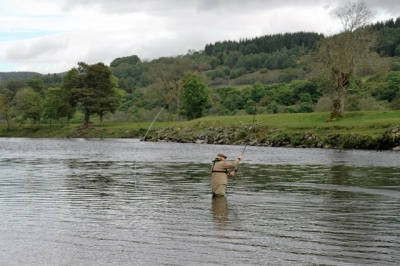 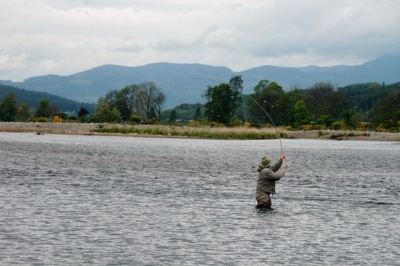 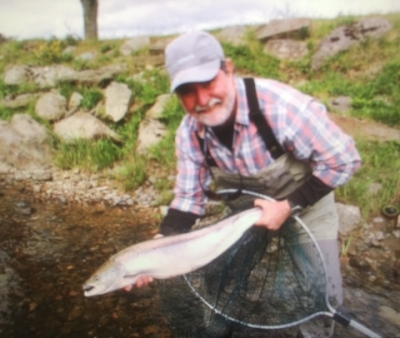 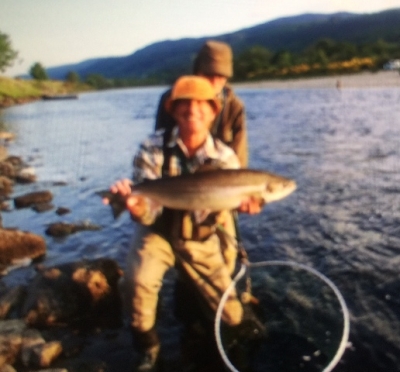 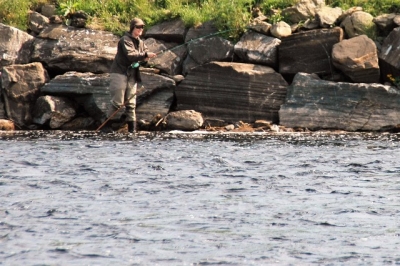 Stephanie into a fish in Guay’s pool. 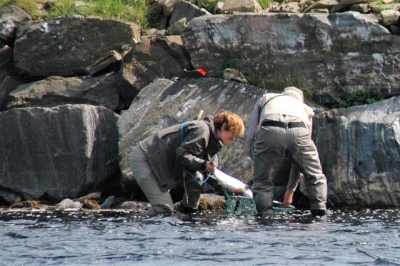 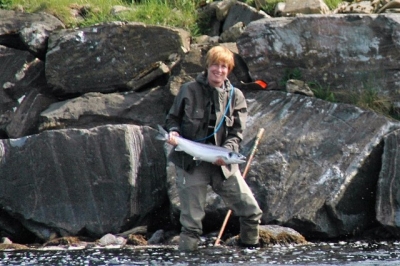