Darren and Justin from Cheltenham are up for the week fishing and joined me on the river at Lazonby for the day. Quite low water conditions for the middle river, but at least in the morning there was a little cloud cover and the odd fish showing. 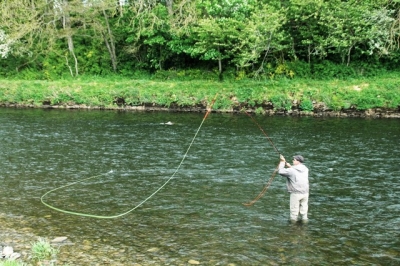 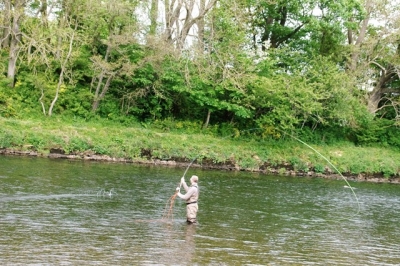 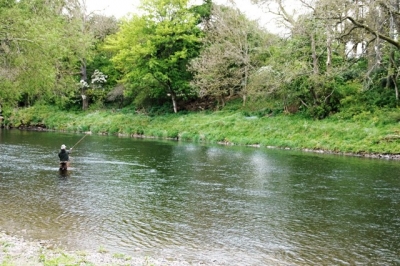 There was some fine fly casting going on, the pool was carefully covered. Darren was fishing a size 12 Willie Gunn double on a long leader… 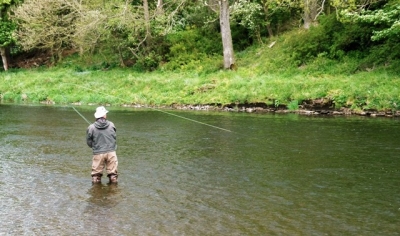 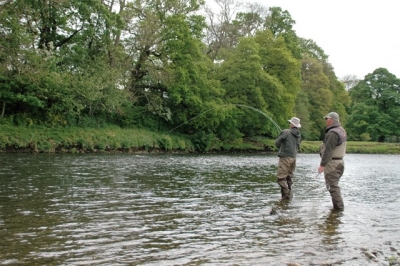 After a few good runs and crashing around.. 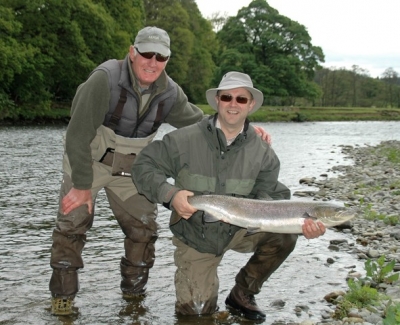 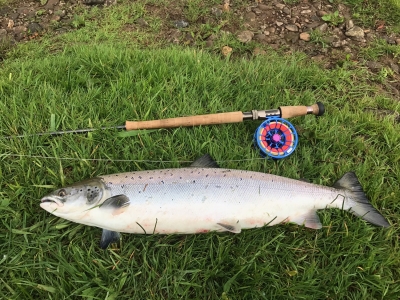 While downstream at Grinsdale same day, Dave Houldsworth had a lovely fish also. 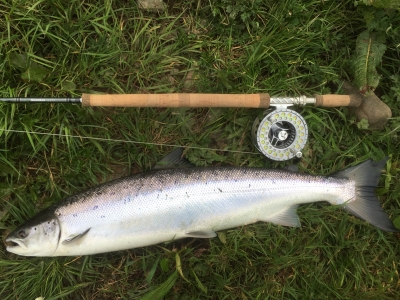 The day before Gary MacDonald’s fish at Beaumont. 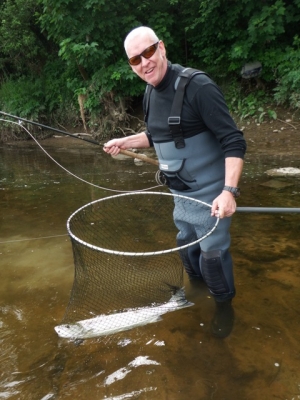 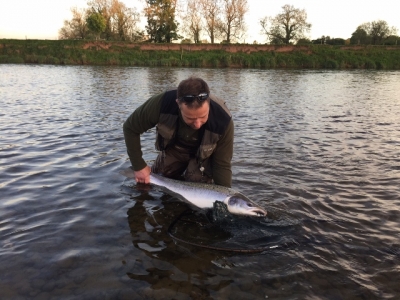 18th May, Martin Coulthards magnificent 23 pound cock fish taken on a small Cascade on a switch rod opposite Beaumont (shamed to say I have not strimmed that bit yet) on Cargo fishing’s, also six more fish caught on the beat same day! So for low water conditions, there seems to be quite a few fish around, typical as I am off to the Tay for a week!!