It was a day of sunshine, hail stones, wind and freezing temperatures from a brisk north wind at Greystoke Castle, but it did not deter key stage 1 and key stage 2 pupils from the great outdoors! 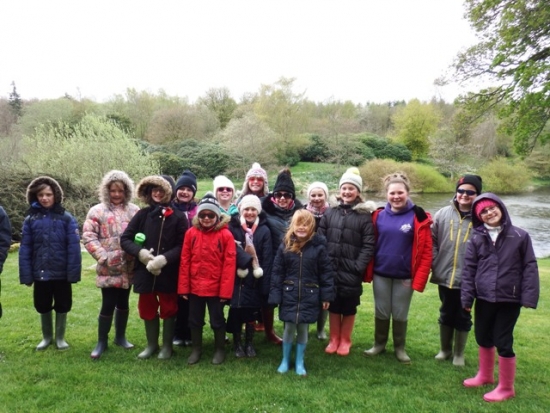 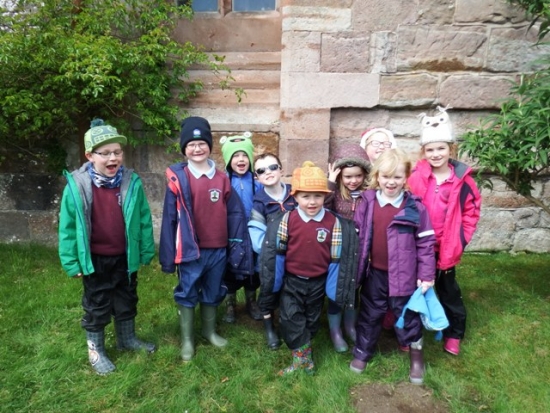 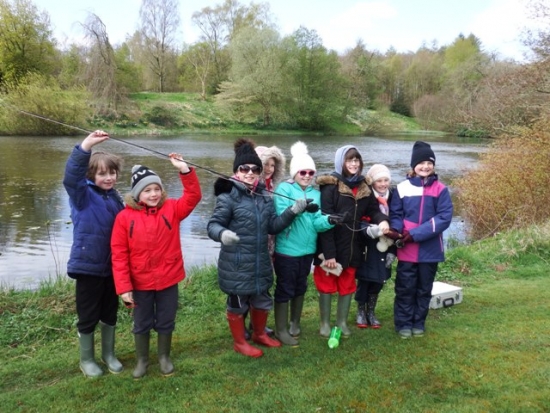 After a quick run up the hill and back, they were ready for action! 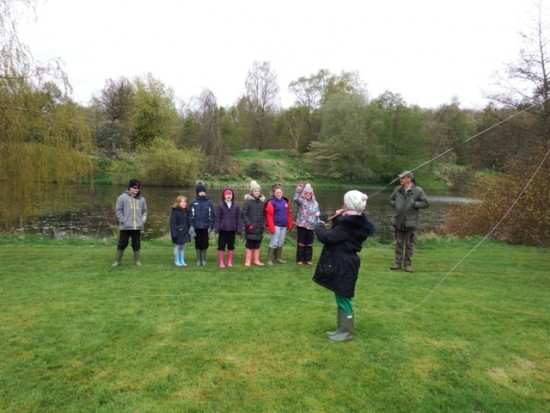 The group of sixteen were split into two groups, one group coarse fishing with Derek across the pond and one group with Clive and Glyn on the grass fly casting. Some roll casting to start with which they had done before followed by an overhead cast. 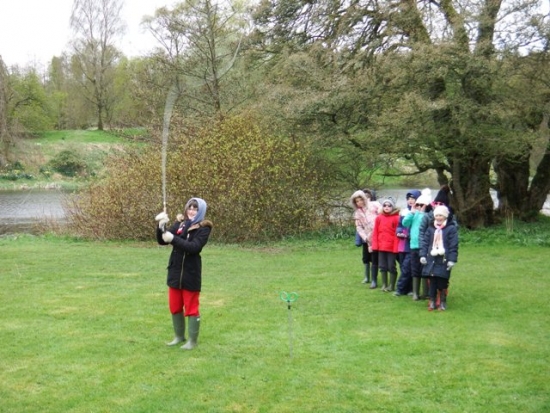 Some of the fly casting was exceptional… 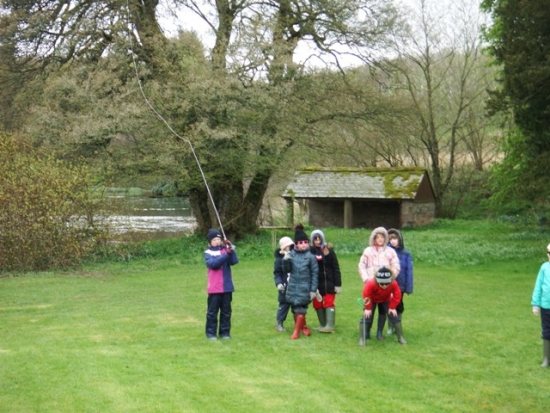 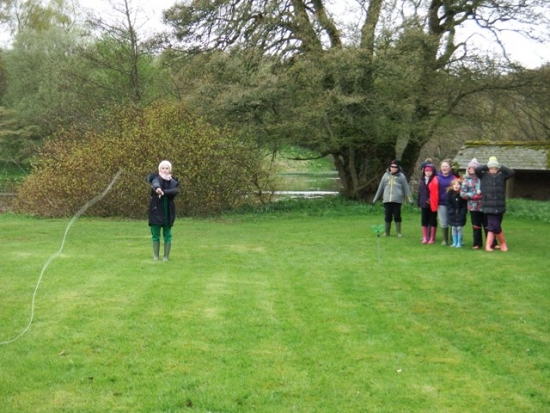 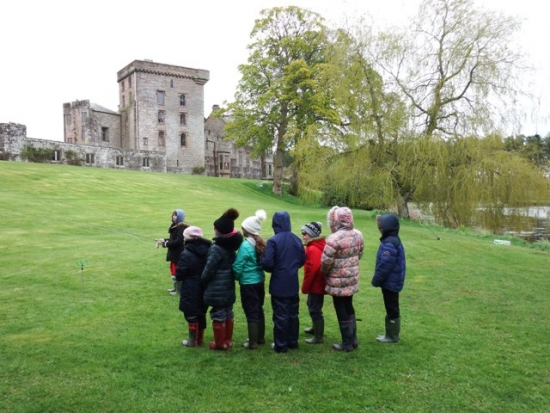 It soon turned into a competition, who could hit the most hoops. 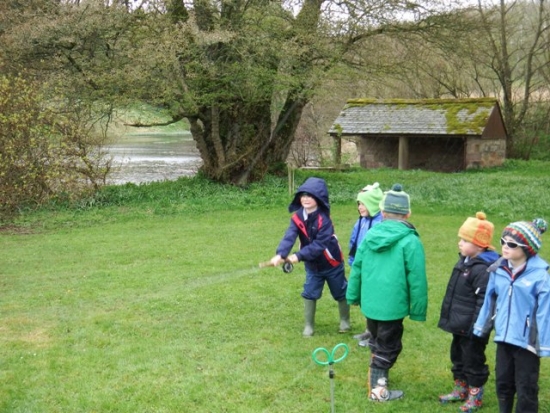 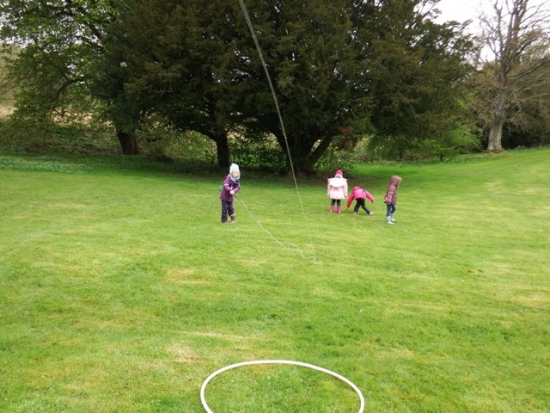 Even at that age the scores were high! As always with Greystoke school, it was an enjoyable experience, the pupils are keen and well behaved and the teachers are great. Our next trip with them is to Whins pond near Penrith for some serious fishing!

Thank you Neville Howard for the use of Greystoke Castle grounds and lake.