We did eventually manage to get out on the river in between floods and high winds, I cannot remember such an unsettled March as this one before! It has been a month of one cancellation after another, there are certainly salmon in the river and for those in the right place when the water has been fishable, they have done very well with Spring fish up to twenty two pounds caught so far.

I had the pleasure of Mark and Andrew who came to brush up on their Spey casting, they were great company and did a fantastic job of fly casting on a good looking water. 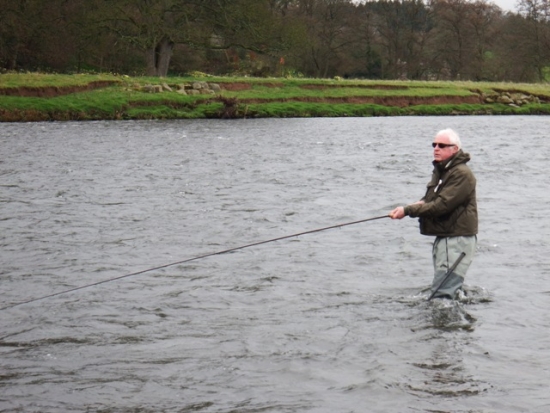 Mark got to grips with it very quickly . 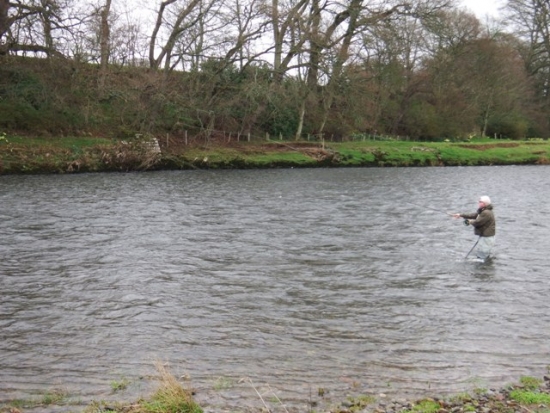 We looked at casts to cover both upstream and downstream winds. 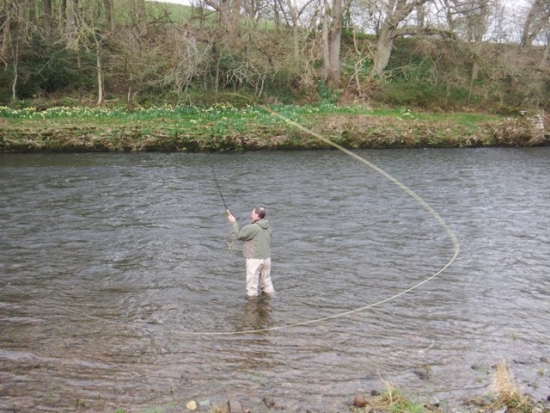 Andrew turned out to be a natural.. 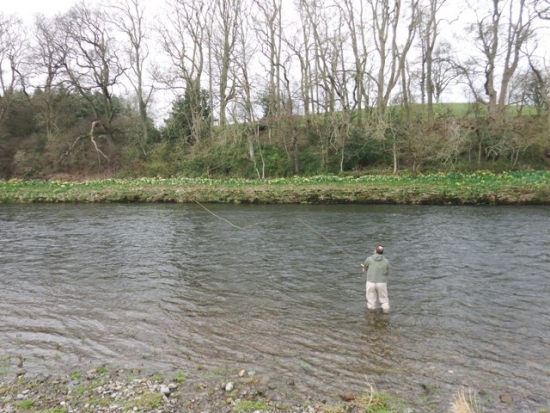 and put some fantastic casts together and fished the pool effectively.

It always makes me smile that when right-handed people are asked to use their left hand up the rod, you can see the fear in their eyes, but they generally cast a lot better. This was the case with both Andrew and Mark who are now very confident with that! A very enjoyable and productive day, thank you both!