It is always a great pleasure for us to meet up with good friends that we have known for quite some time and also others we have not seen for a while. David, Mike, Paul, James, Kevin, Neil, Sandy and Jeff joined Illtyd, Jonathan and myself for three days salmon fishing on the Lower Kinnaird beat on the Tay last Thursday.

The weather on the first day of the salmon course did not turn out to be as ferocious as the forecast of sixty mile per hour winds gave thankfully. Although the previous days rain had put some height on the river level, peaking at four feet and also put a little colour in, it did not seem to deter the fish. Within the first hour on Guay pool fishing a blue and black fly, Sandy was in action…. 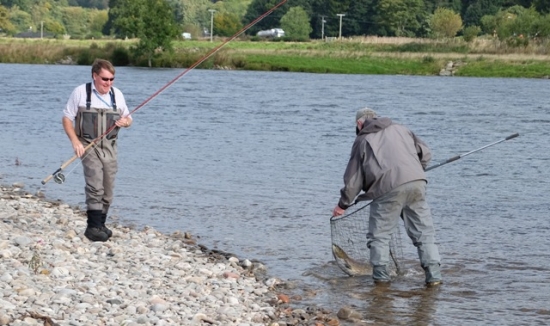 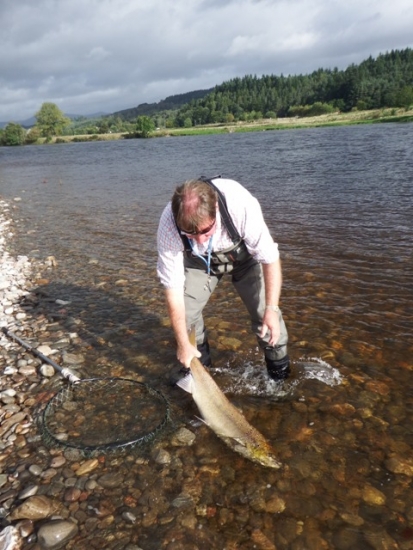 ..with a fish of twenty pounds. 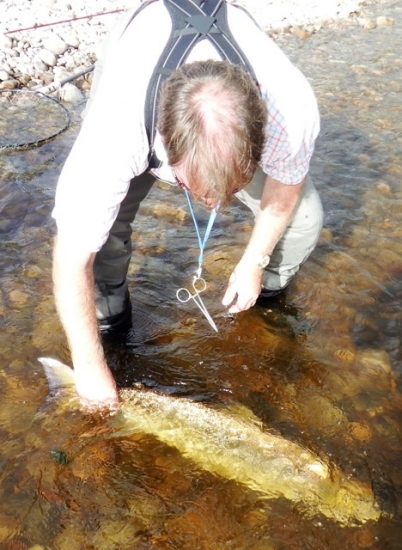 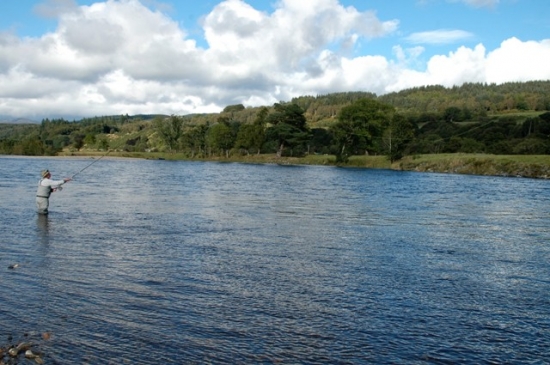 Jeff putting a lovely line out, lost a good’un on a Sunray Shadow at the net 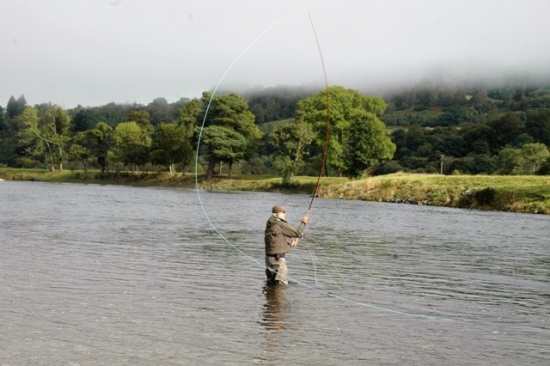 Mike in Ash Tree pool was casting and fishing well. 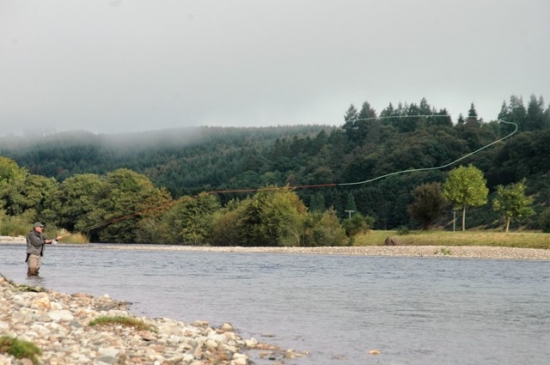 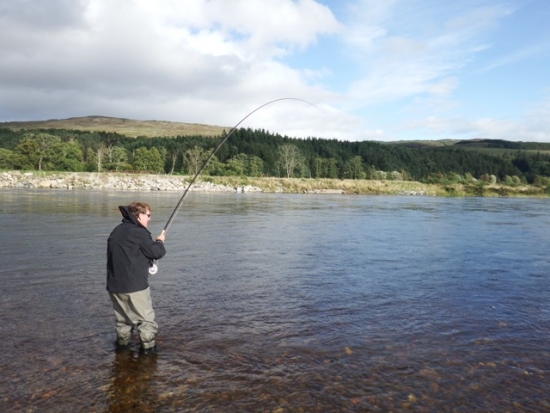 It was on the afternoon of the first day in Ash Tree, Sandy was connected once more.. 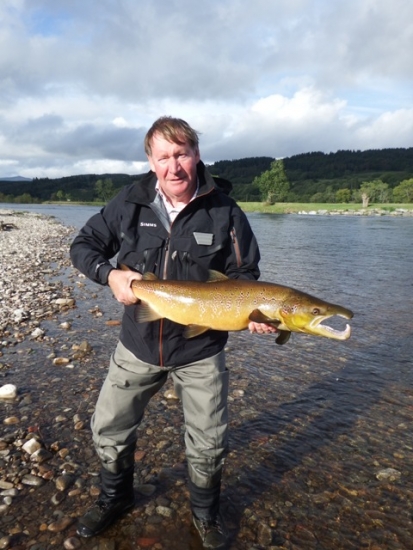 ..this time a fifteen pound cock fish, followed shortly by an eight pound salmon and on day two one of eight and one of seven pounds from the river Tummel. 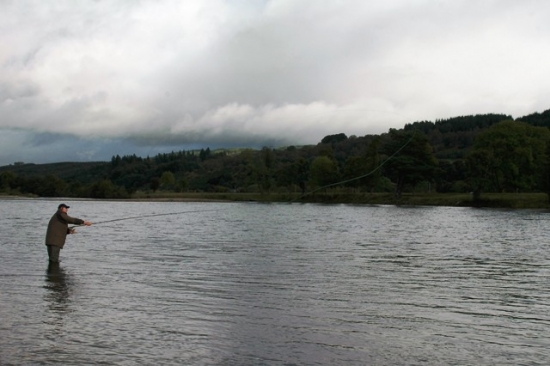 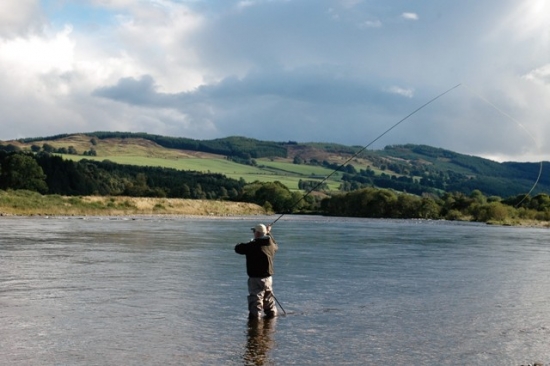 David casting among some stunning scenery. 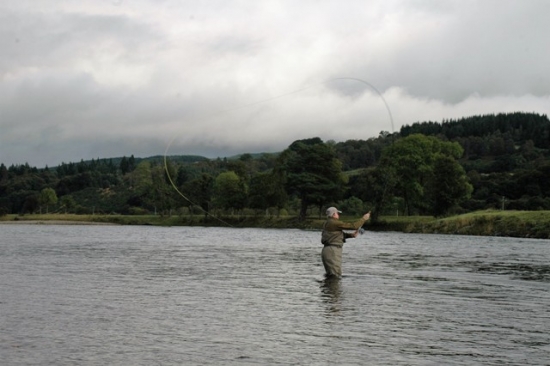 Kevin has become a very nice caster and a pleasure to watch. 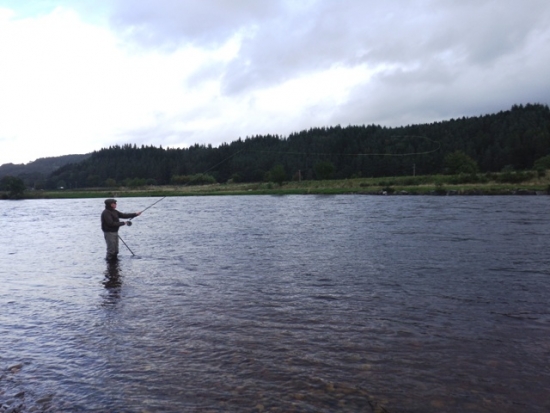 James has developed a very nice relaxed and efficient casting style that works just fine. It was a real shame that the fish James hooked came off after a while and also another later.

We all had some fun, we certainly saw plenty of salmon, there were fish caught (Sandy had five) and a few unfortunately lost. It is always a pleasure to see improvement in everyone’s casting and fishing, it is good to see people make new friends! Martin Edgar at Lower Kinnaird looked after us all very well on the beat.  The Royal Dunkeld Hotel was great and we all enjoyed some nice food and relaxing evenings among good company and fiends. Thank you all!