A bit of a damp squib the last couple of weeks of the Eden salmon season compared to the fantastic spring and summer fishing we have had. Low and warm water, no arrival of the Autumn fish yet and the trees are still green, seems to be the same story across the UK at present. There are coloured fish about in the pools but we don’t feel like bothering them too much.

I had the pleasure of Colin and Mike on the Eden for two days. 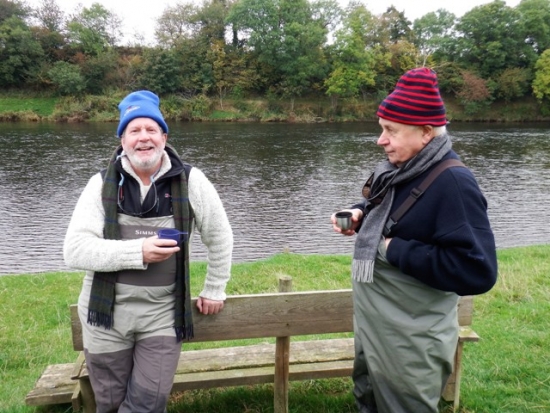 We had quite a few laughs, Mike on the left and Colin were great company!

Both Colin and Mike are complete beginners at fly fishing, the initial idea was to fish for salmon. With the water below summer level and clear we thought we would give the single handed rods a go before we tried the double handers to get a feel for some Spey casting. 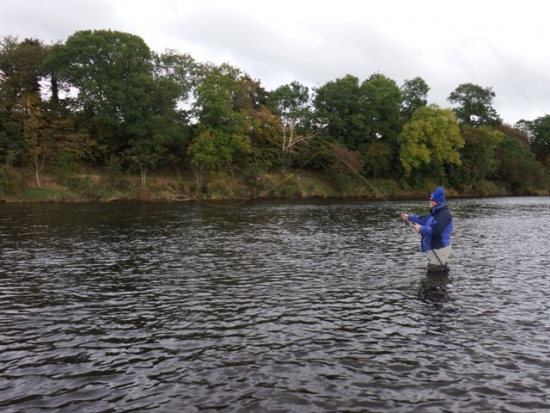 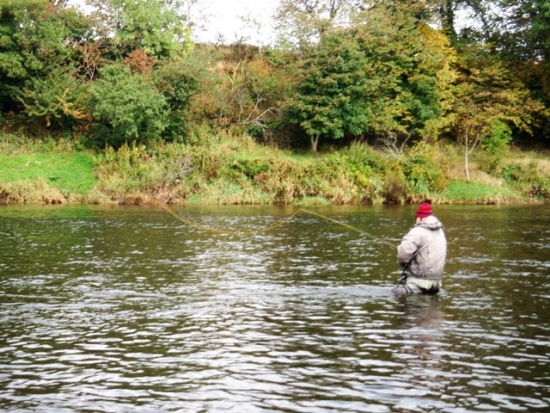 both doing an amazing job of the fly casting. 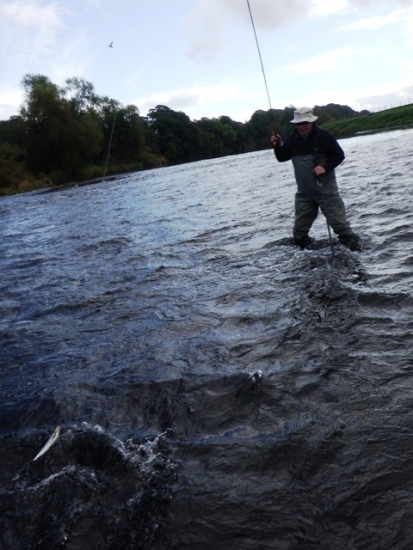 On the first day both had six fish each on small nymphs, nothing big but their first fish on a fly. 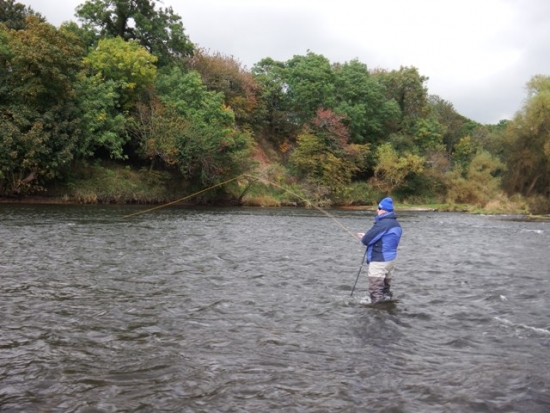 A well wrapped up Mike. 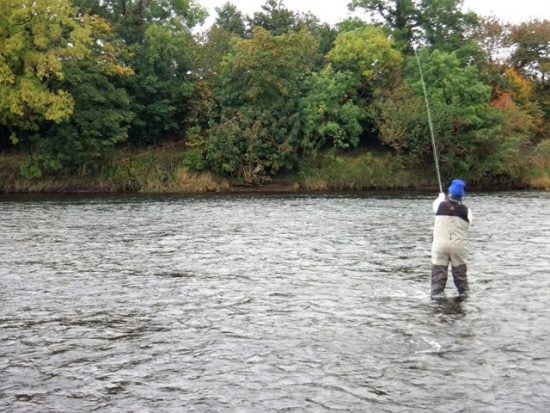 Day two and both were casting just fine, Mike was putting out some real nice casts with the double hander while Colin fished on for grayling… 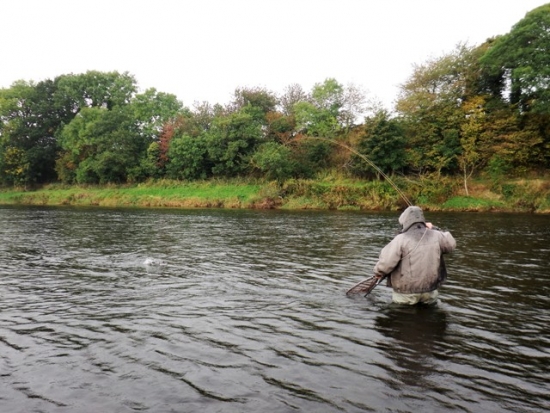 at last, a good’un for Colin! 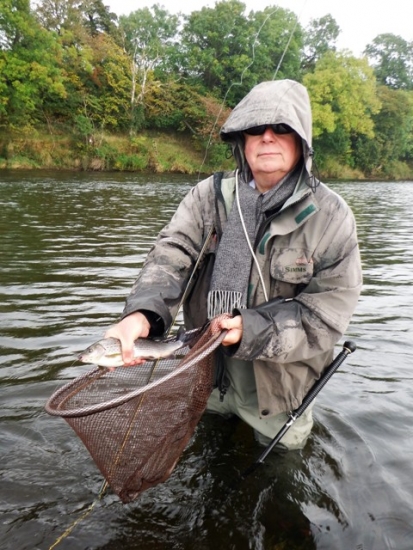 With a happy ending!

We all had a real nice time on the water, the weather was good for the time of year and the fish obliged, thank you Colin and Mike for such a nice two days!