The annual SGAIC spring assessment weekend held on the Fishponds beat of the river Tay was once again a great success. The candidates over the weekend were relatively young, which was great to see, and included some experienced gillies with a refreshing approach to their casting.

With six assessments, one trout Master class and various workshops taking place over the two days, it was going to be busy, although the weather was certainly set fair for a good weekend with very little wind, which helped to put the candidates at ease. 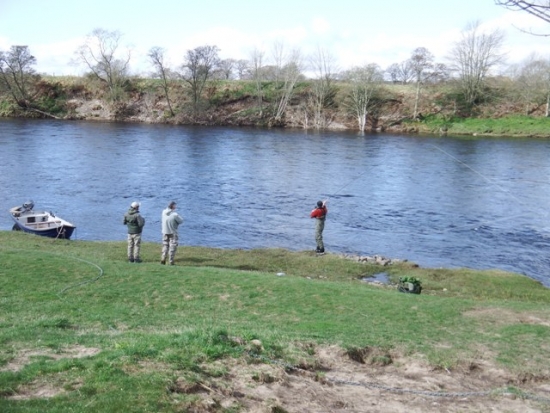 As usual, all assessments were conducted with one AAPGAI and one SGAIC instructor. SGAIC instructors present were Stevie Reid, Will Shaw, Ben Dixon, Al Pyke and Iain Kirk, most of whom are also members of AAPGAI. Representing AAPGAI were Paul Little, Glyn Freeman and Clive Mitchelhill.

It was Stevie Reid’s first casting assessment as a SGAIC assessor and his knowledge of teaching, casting and fishing was invaluable. The high standard of the candidates was apparent from the outset, which was credit to the way in which SGAIC approach their assessment process with a period of both theoretical and practical coaching on six compulsory workshop days during the preceding October.

These annual assessment events are also a great opportunity for both organisations to meet up, swap ideas, and learn from each other, which was certainly the case. It’s a pleasure to see how far the SGAIC team has evolved since we all got our heads together back in 2007 at the Kenmore hotel to set up this joint assessing venture for SANA (SGAIC) candidates, who once successful, also have the option (should they so wish) to apply to take the AAPGAI advanced qualifications via the associations equivalence scheme.

The weekend produced four successful candidates from the six assessments, three gillies from the River Dee and one from the River Tay. Their display of casting and knowledge really came to the fore once the initial nerves were overcome, making the assessor’s task much easier.

Huge thanks must be given to the SGAIC boys mentioned above for their hospitality and friendly banter, the ladies who provided lovely food on the day and for the self-defence course given by none other than Stevie Reid who has now made all our travels abroad as safe as they could possibly be; we were all in tears before, during and after this treat from Stevie. Last but not least, a big thanks to Iain Kirk for providing the facilities for the assessments and the many fishing stories over the two days, well done to all from SGAIC and AAPGAI for making the weekend a great success. 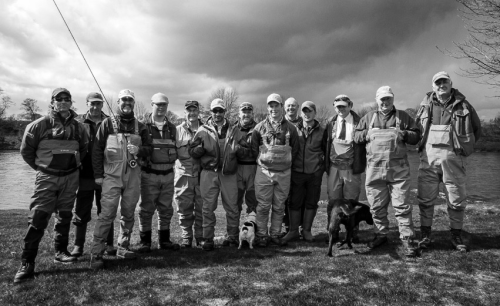