We always look very much forward to being on the river Tay in the month of May and meeting up with both old and new friends. Illtyd Griffiths, Bob Sherwood and myself have been running these spring courses for quite some time now and really do enjoy them, guiding, teaching and watching people progress is a wonderful thing, especially when set in great surroundings.

The Lower Kinnaird beat situated just below the junction of the river Tummel really fishes well when the water levels are on the low side. We arrived to a water that was dropping from a three foot rise the day before and was clearing nicely, which was great news. 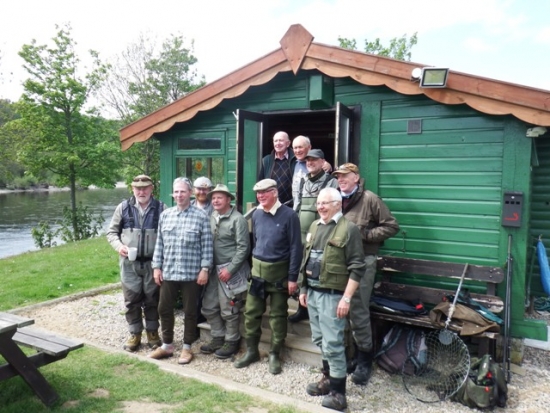 The first half, Monday to Wednesday. 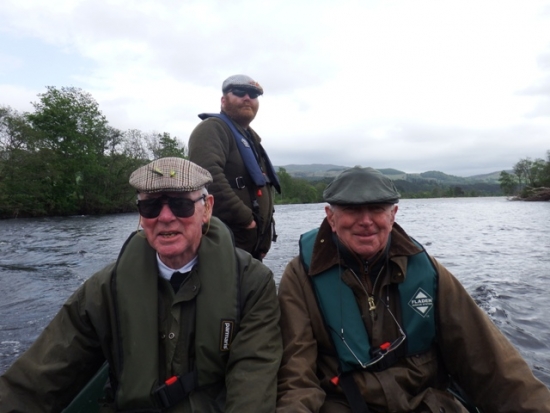 Ron and friend Nicolo being ferried across the river.

There was some very nice Spey casting going on in the afternoon, the water was covered very well on most occasions and there were certainly a few fish seen travelling through the beat, but running fish are not always the easiest to stop sometimes. 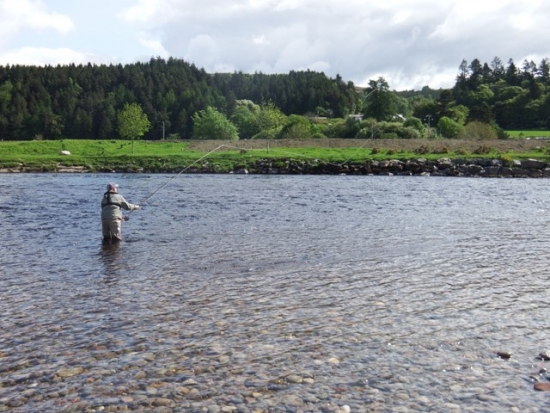 A north wind persisted, but the weather stayed dry. A good cast from Bob Mason. 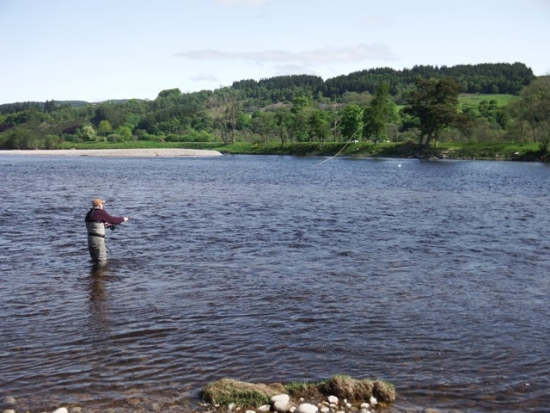 James was putting out a nice line and managed to get hold of a good fish which eventually and very unfortunately parted company. 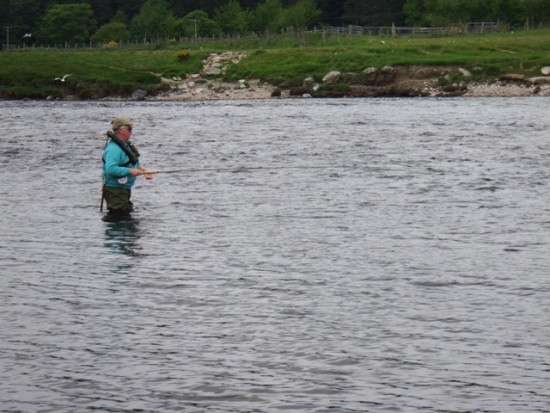 Bill cast well and was a great laugh.

By day three the water was now hovering around a foot and the fish slowly began to oblige. 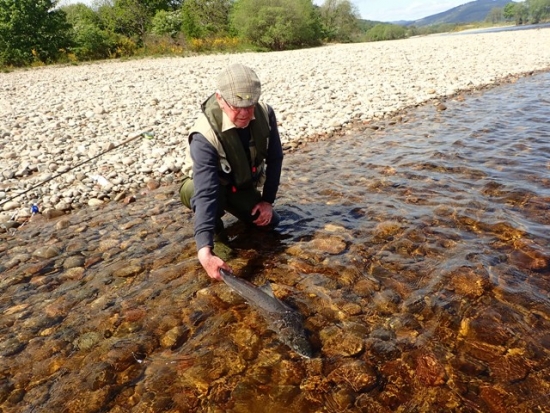 The only fish landed for the first half of the week was caught by Ron. 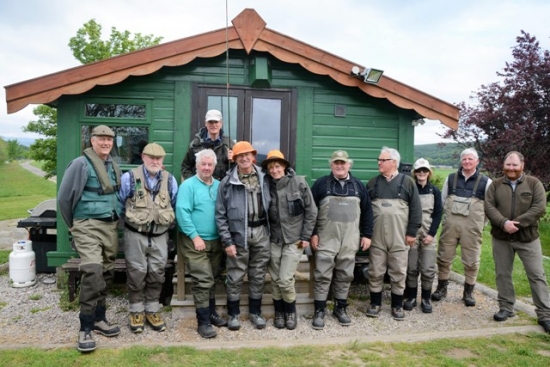 With the river level constantly dropping the fishing just got better. Chris had hold a big fish early on which came loose and then another which did the same, both took on the dangle. 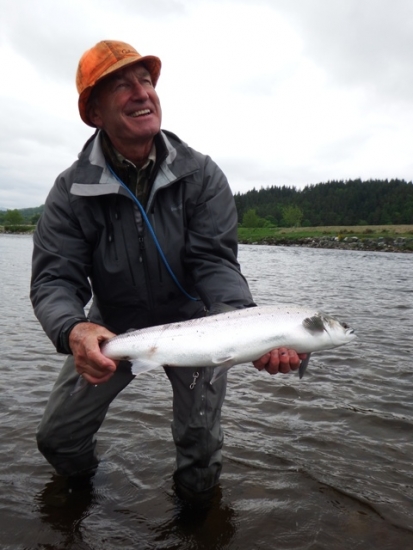 Karl managed one from the Junction along with daughter Stephanie also catching a nice fish, then got this one from the Guay Pool later. 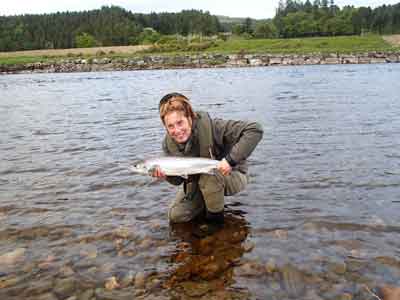 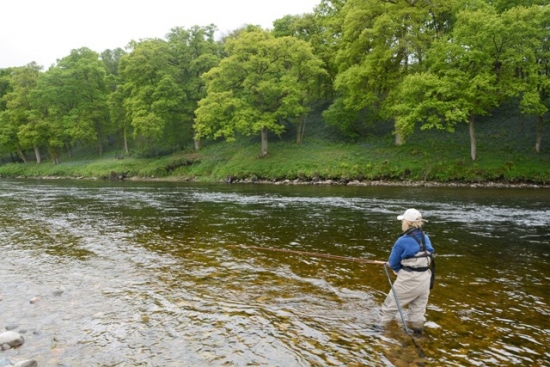 Ethna on the junction pool of the Tummel, (it just looks so fishy). 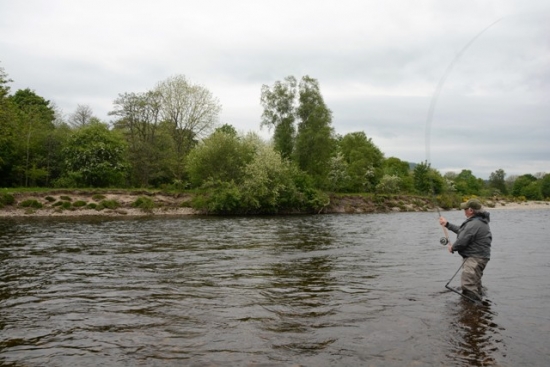 Ian, Ethna’s husband on the Tummel. 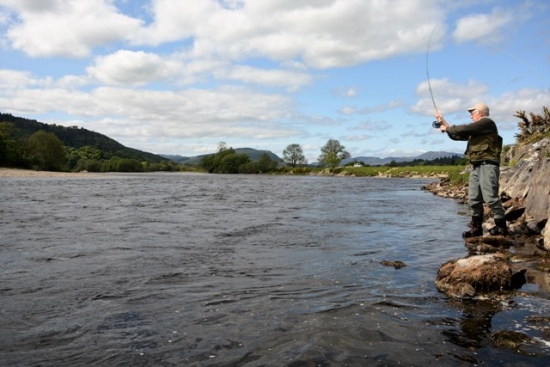 Jamie off the rocks in Gauy. 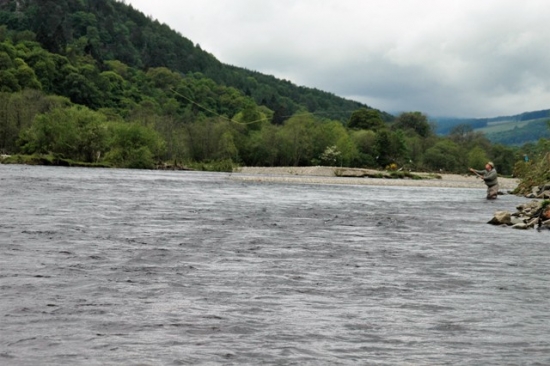 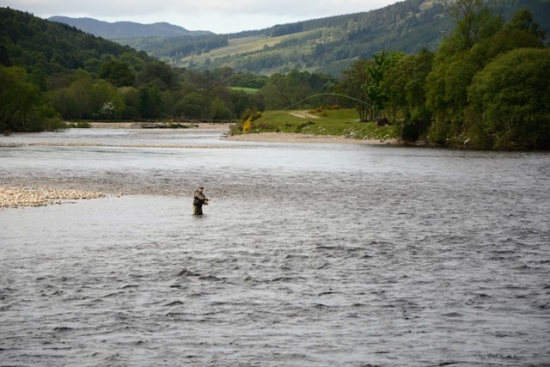 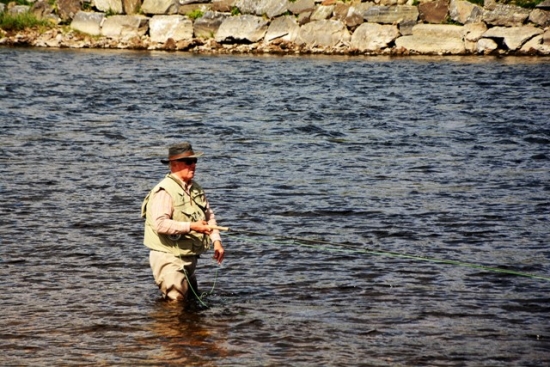 As the water level kept dropping the fish kept coming, Godfrey in the Gauy Pool was soon into a fish. 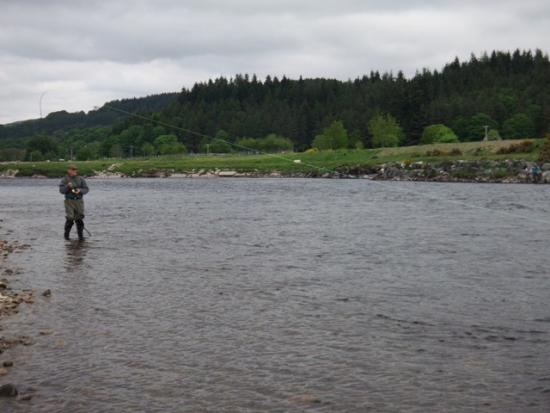 A good bend in the Norris Atlantic outfit, 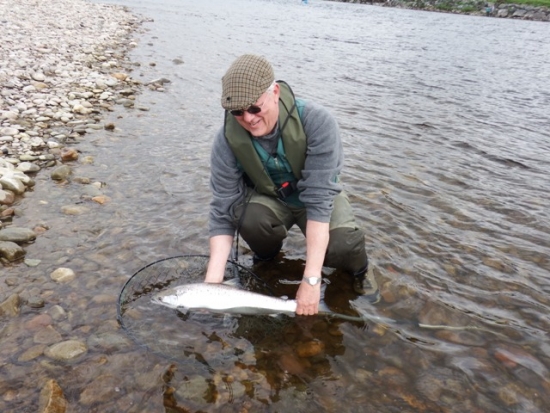 A very fresh fish, but not happy with that… 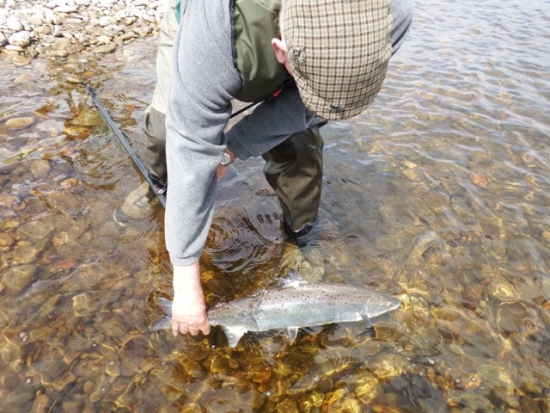 Godfrey got a second very soon after!

All in all, a very good week on the water, great company, good food and accommodation, we all had a laugh and a good time. There were seven fish landed for the week during 9am to 6pm and a couple after that, there were as many lost. A very big thank you to all that attended, we hope that you all went away with something special and we look forward to meeting up with you all sometime on the water.

But what really made everyone’s week, and there is usually one good story, it happened to be Richard’s birthday on the last day, fishing the Junction Pool…. 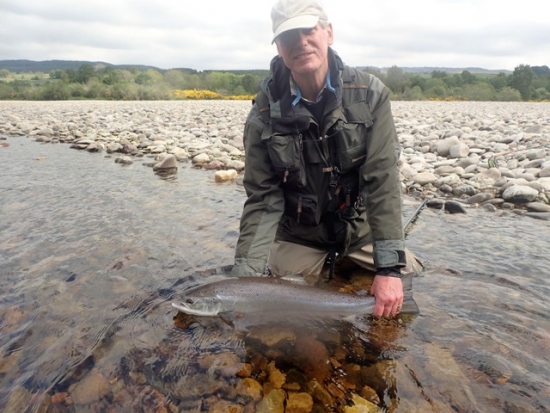