Warmer weather has arrived at long last! It was a good time to look at the river to see what was what. After all the high water over the winter and early spring, there does not seem to be that much damage to the invertebrate and fish life as there was first expected. Kick samples are healthy, the hatches are very late to get away this spring due to the cold period in April, large dark, olive upright, iron blue, yellow sally, brook dun and not the mass of grannom appearing just yet but they are beginning to wake up. Good numbers of both salmon and trout smolts dropping down the river this month is great to see. 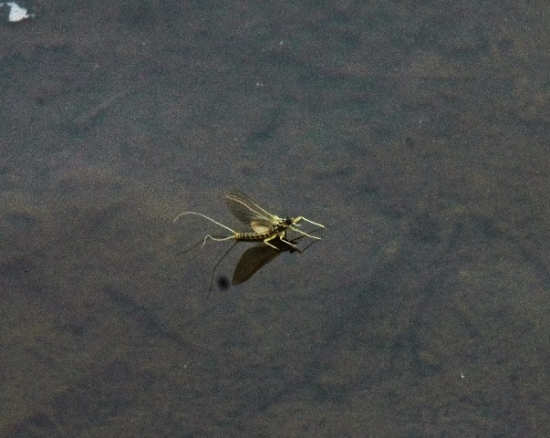 It was good to see in the margins masses of minnows and important food item for the better trout and also the toads are late this year showing usually around mid-April. 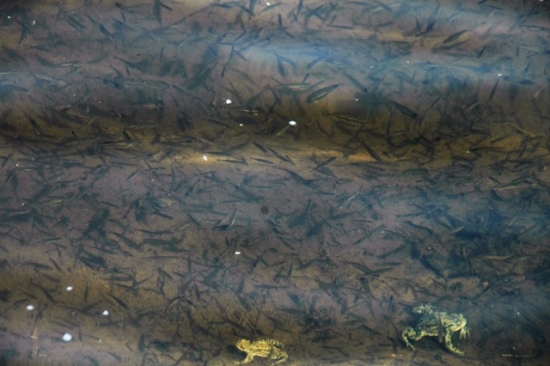 It would seem that the river is in great shape for the rest of the season.

Fresh fish keep coming off the tides and starting to spread throughout the lower and middle river.

I always look forward to when David Hall comes to fish the Eden with me, yesterday we were on Lower Lazonby, one of my favourite places to be – Lower Lazonby

It was a good day, the trout were showing on arrival and the odd salmon too which was encouraging to see. It was decided to have a go for the trout first, setting up a team of spiders on a long leader and a nymph on the point, 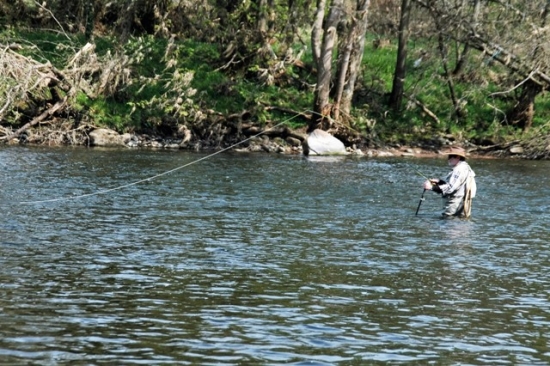 Covering the deeper channel on a bright day,

it was not long before there was some action.

David put the salmon rod together after seeing a fish show several times in the run, within five or six casts the salmon had took right on the dangle, not always a great angle to hook a fish and after around thirty seconds it parted company alas!

As the afternoon wore on the trout fishing got a little slow, so we decided to fish the faster water as the day was getting brighter with the sun at more of an overhead angle now.

It seemed to be the right choice and David had a few more like this also.

A fine end to the day and plenty of good sport from both salmon and the trout, thank you David for making the day such a pleasure!