Sometimes when you have organised a day on the river with three novices who want to try both salmon and trout fishing, the weather forecast is atrocious for that day and all have no kit, it can get a little anxious! As it happened I need not have worried, the weather predicted of high winds and copious amounts of rain did not materialise as the forecasters said it would where we were, thankfully. The river was in good order with a small rise of water the night before and not so many layers were required as there were a few Baltic days previously. It was Ray’s 60th Birthday and he was joined by Matt and Toby, all from Cumbria. 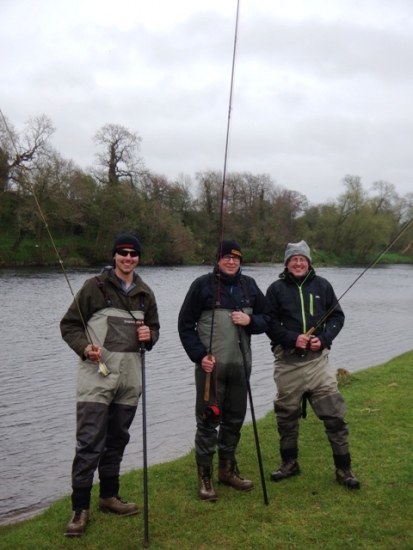 The day started after some preliminaries with some trout fly casting which all picked up very well, a bit of Spey casting followed by some overhead techniques. Fishing some small nymphs on long leaders there were a few missed positive takes and a couple of good trout lost. As the day went on the air got a little warmer and the hatches started in earnest, a few large darks, a smattering of grannom and the martins and swallows were having a ball. Normally you would think that with all this activity the fish would start to come on stronger, it was the complete opposite! The takes that did happen were very snatchy and would not stick on, the only explanation I could give was that there was a small rise in water level cooling things down, hence the way the fish were behaving. 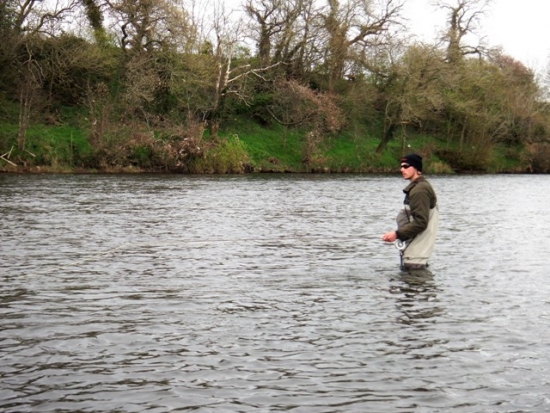 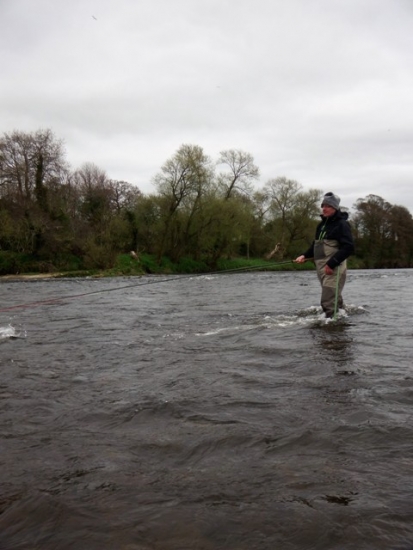 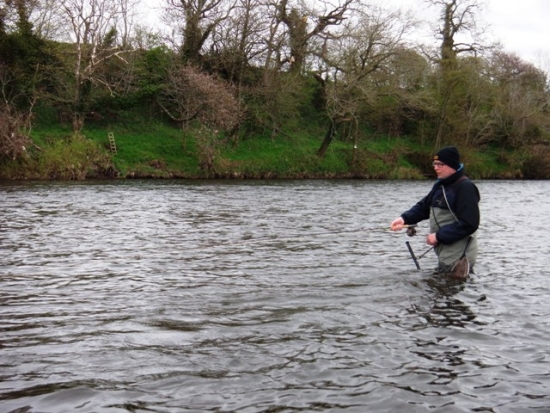 The latter part of the day was taken up with the double-hander using Spey casting techniques and fishing for salmon. After fishing with the trout rods earlier, it was a simple matter of transferring those skills over to the bigger rod, I was very impressed with how quickly all had picked it up! I have to say that this was a very enjoyable and worthwhile day all round, all were keen to learn which upped my game, we had a laugh, they were great company and now want to take up fly fishing, result!