With the water temperature at 14 oC, the air temperature at 9 oC, wind from the north-east and low water, it is not always a great combination for ideal fishing conditions. But some days the fish and invertebrates think otherwise, good hatches of olives and fish activity on the surface was good to see. The day before in the same conditions with very bright light, we watched several large trout feeding quite heavily on olives in some fast and turbulent water from a high bank. Swifts, swallows, sand and house martins, oyster catchers, sand pipers, I love May, (just wish it was a little warmer), and all that goes with it!

I was out on the river with good friends Jim Seymour and Mike Cooney yesterday and today, always good fun, nice casters and great company. 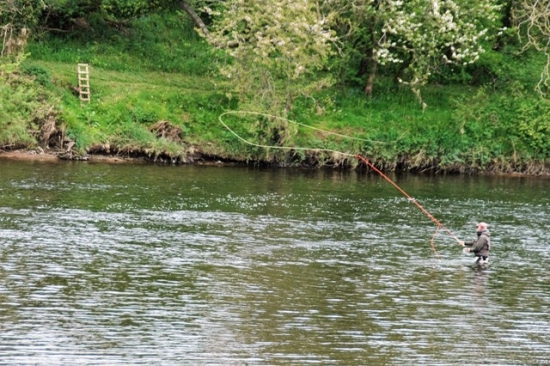 Jim elected to fish a sunray shadow fly in one of the faster runs this afternoon, when one fish decided that it liked the fly more than Jim did and would not let it go. 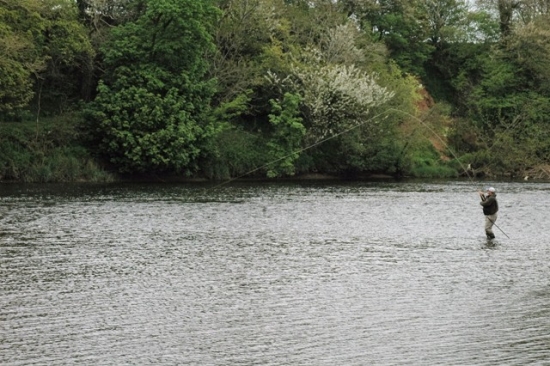 The salmon led Jim a merry dance for some time heading up and down the river and across some ledges and rocks. 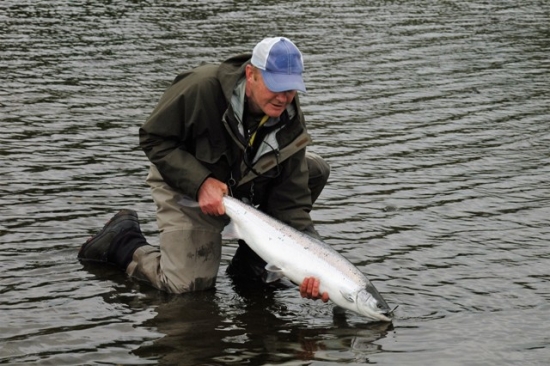 Right off the tide at 15lbs, a beautiful fish!

I had a phone call a little later from the next beat downstream at Beaumont, Gary MacDonald had just landed another fish of 12lbs and was seeing fish moving also, 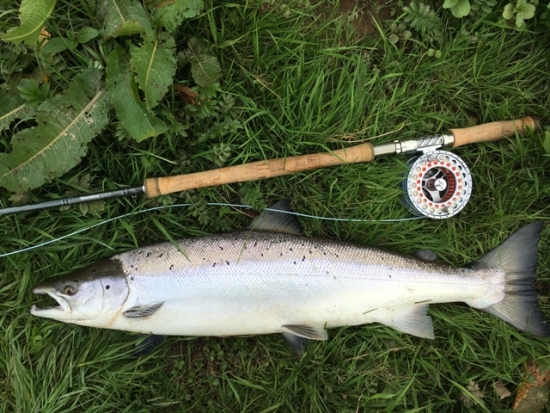 another fish of eight pounds was caught from the opposite bank the same day. If Carlesburg made Friday’s….