With the dry spell of last week, it was a good time to get on top of all the repairs needed to the fishery, I admit I was tempted to go fishing instead but… 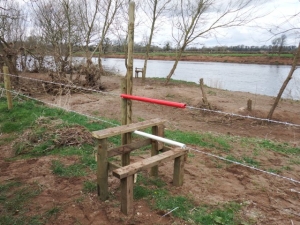 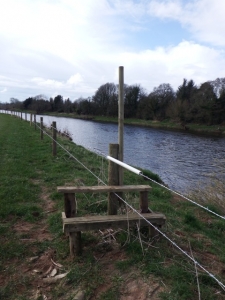 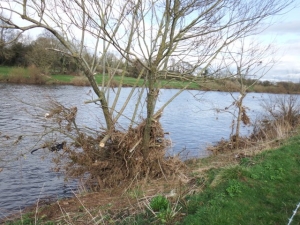 with a bit more of a clear-up on the banks and we are almost there. 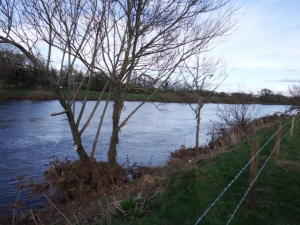 Cumbria is open by the way!

Salmon have been caught as far upstream as Lazonby during the last week of March and the brown trout fishing is also picking up. Anglers fishing the Yorkshire Fly Fishers water on the upper Eden have been experiencing some tremendous hatches of March Browns with trout rising freely, they have been enjoying some excellent trout catches with fish to 2lb having been landed on the fly. Fly life on the lower river however has been somewhat sparse with a few large stoneflies emerging and some olive uprights but no real hatches as yet. Last Wednesday at Warwick Hall James Dolchester fished the fly in the House Pool at Warwick Hall and caught a 15lb salmon. Alan Sefton fishing the Lazonby Estate water using a black flying C Alan landed and returned a 9lb salmon in Hollingstown and a second and slightly larger fish of 12lb. On Tuesday of this week on the Low House Estate water at Armathwaite Robert Bell fished one of his self tied flies in the Willows and landed a 10 pounder. On the Yorkshire Fly Fishers water near Wetheral this week Robert Jollie landed the biggest fish of the week; a splendid 16 pounder at the Otter Stone. After landing a 12 pounder and a 14 pounder last week Bob Wylie filled in the gap by landing a 13 pounder at Spout Beck this week.