Good friends Jeremy and Michael joined me on the middle Eden this week. The intention was to fish for salmon as there are a few about, but like all plans, the river levels had dropped like a stone on the middle stretches and the salmon are dour, very cold weather for the time of year, more like February than late April and not ideal running conditions for the fish to move. There have been many salmon caught up to twenty pounds this week on the lower stretches just above Carlisle and below Lazonby where they seem to be building in numbers, as soon as there is a rise of water those fish will continue upstream. 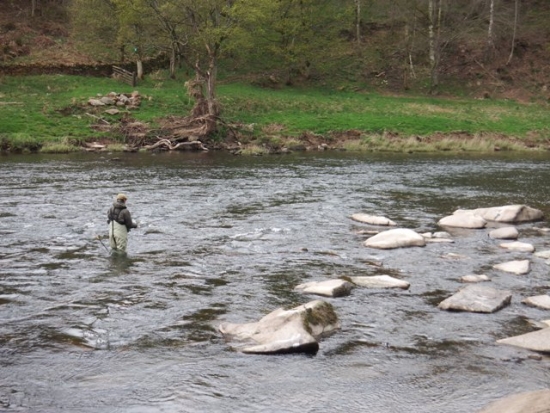 The water was low and very clear, Michael covering a very nice run. 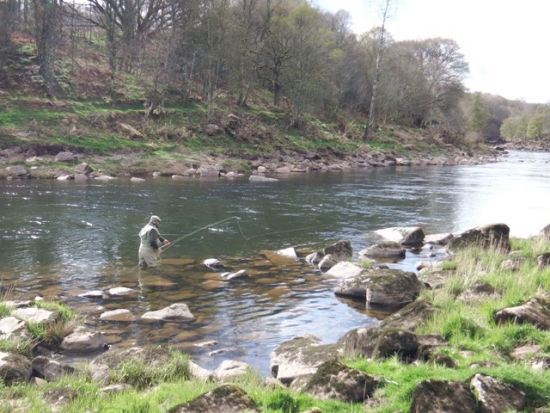 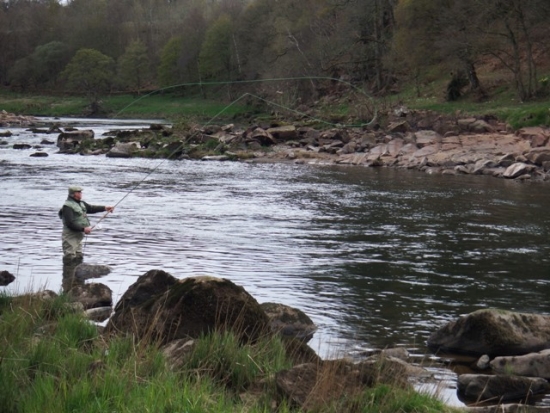 Casting was good and both fished well. 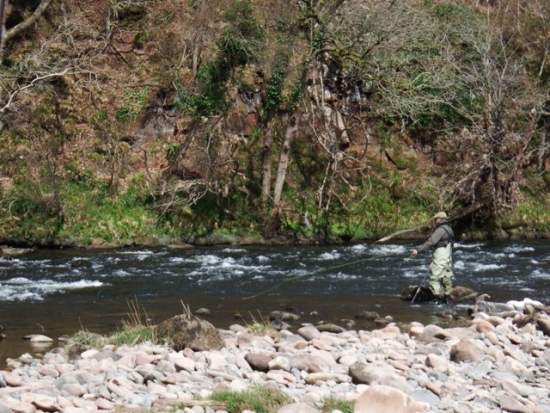 Every possible lie was covered.

Around 1.30pm, there were flurries of large dark olives, iron blues and the odd grannom emerging when the air warmed a little, there was surface activity observed, but it was not full on and there were many six-legged escapees. Changing to a five weight outfit and small nymphs with lots of judicious mending, it was not long before there was some action with the trout. 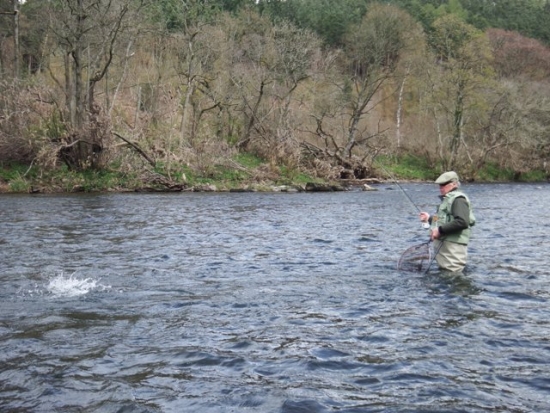 For those willing to switch disciplines… 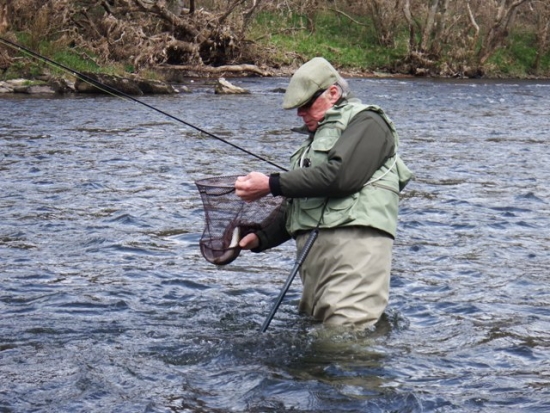 A nice trout for Jeremy followed by a few more…. 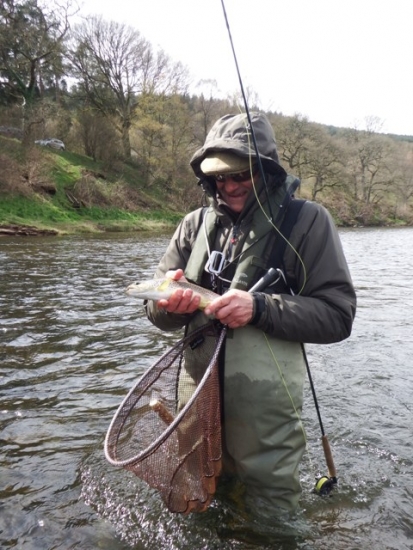 and Michael also was having some sport with them.

The fish are in remarkable condition after all they have been through this winter, very fit and plump. The kick samples after all the flooding has proved to be robust with vast numbers of invertebrate on the stones, it is just amazing how it all survives such devastation and then recovers. We just need some “normal” weather patterns and warmer air temperatures for it all to kick off in a big way!