An eight part series on taking people out on the water.

I remember when I was first shown a computer and how to go about the task of trying to make the damn thing work! The demonstration was just a stream of technical jargon in sequences that meant absolutely nothing to me at all! Looking back at that experience after several years, the jargon I was fed then now makes sense, but it did not at the time. As guides and instructors, we are all guilty of this as we use the “jargon” everyday, “five weight”, “T14”, “WF”, “pools”, “loading”, “anchor points”, the list goes on, it is a part of our life as it is with any profession. The old adage “keep it simple” is a definite must, if you are going to use jargon, as some is necessary, explain it as you say it to the client, otherwise confusion sets in and you have lost them. 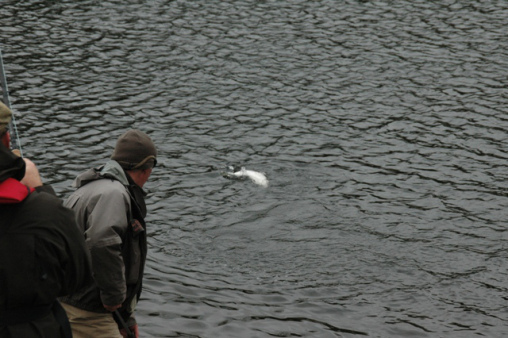 No matter what tasks we do in life, the basics are fundamental and crucial to achieve any success. Get the basics wrong and the end game soon deteriorates. It is paramount when working with your student, especially if they are a novice, to give them solid foundations and a good understanding to work off, from that they will eventually develop their own “style”. I often find that even with “experienced anglers”, there are many of the basics missing. This can sometimes pose a problem as some people are reluctant to go back one step in order to be able to take two steps forward, making further development difficult unless it is reasoned and persuaded to do otherwise.

Style is unique to each and every person, I have never seen two people ever cast the same, we are all built and wired differently. On most occasions we have to work with that persons own particular style and build, as long as the mechanics are sound there should not be a problem. I have seen many times, the instructor trying to impose their own style on to a student which does not suit them, it soon ends in frustration. Good teachers will see what is needed and adapt their technique to achieve the desired outcome. I have found that the most effective way of “cementing” a point with someone, is to not give them the absolute answer but to first sow some seeds. Give them a clue and see if they can work it out, (self discovery), once this is achieved there is a “Eureka” moment, it tends to stick and often I have had people say “have you ever tried this, it seems to work very well?”. 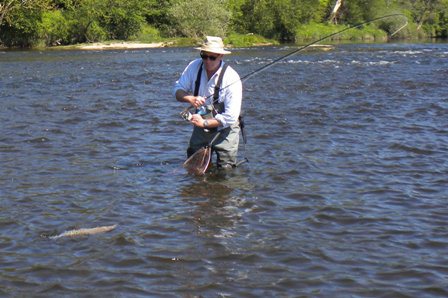