The weather fronts just keep coming, curtailing any thoughts of getting out on the river, it has been a quite a while since the last outing. The salmon season on the Eden began on the 15th January, the high water levels are making any trip impossible just now, it is getting a little frustrating. 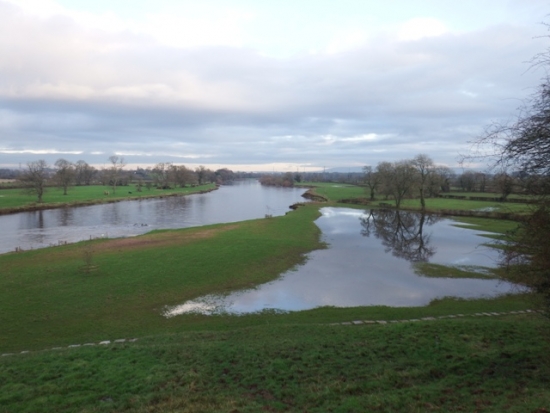 The last few years during the February period has proved to be worthwhile on the river, the numbers of spring fish entering the Eden are steady to increasing every year. When conditions are more favourable and the time is put in, there is no reason why anglers should not be enjoying some decent fishing soon. The grayling fishing has been a non-starter this winter, there were a couple of days when it was just possible but it was not ideal. 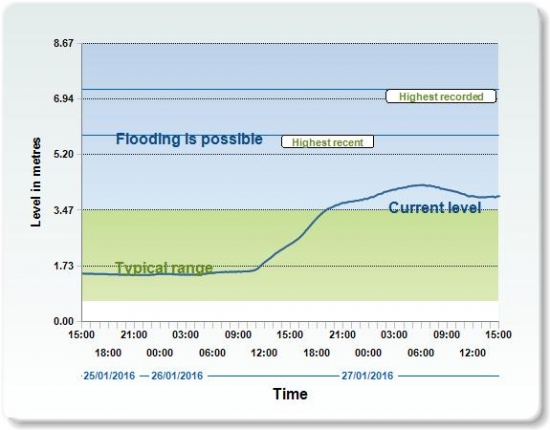 The forecast for the rest of the week is not great, but the weather has to settle down at some point, everyone is in the same boat all over the U.K. There is a lot of work to do on the river once it is possible to get at it, it would seem at first glance that some of the pools have not changed on the lower beats that much while others have had a total revamp. 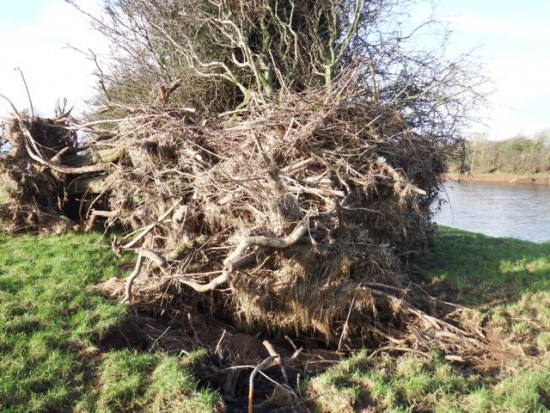 There has been a lot of erosion to some of the river bank and a few trees have gone for a swim. 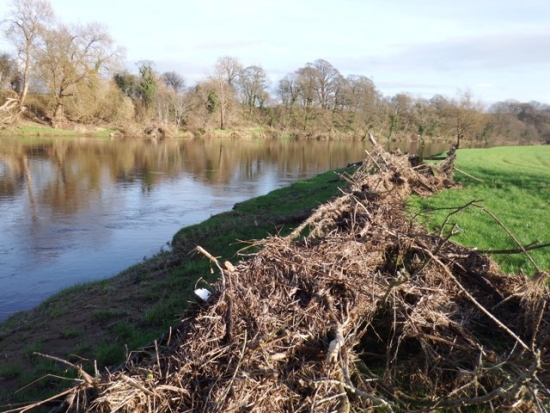 The first week of January.

In the 2005 flood, the river-bed on the lower river was strewn across the fields in January making it look like a giant car park. There was less water going through then compared to now, incredibly no river-bed deposited on the fields this time but there has still been a lot of damage. The fishing for trout and grayling soon returned to normal that year after a month or so along with the invertebrate life.