The heavy rain showers overnight put around three inches of fresh water into the river, not enough to get the salmon going, but much needed all the same. 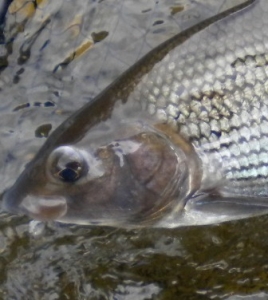 Traveling to the middle Eden today through heavy rain to meet up with good friends from the north-east Heidi and Leigh for a spot of grayling fishing. As we arrived the rain stopped and within an hour it was a little like the Bahamas! 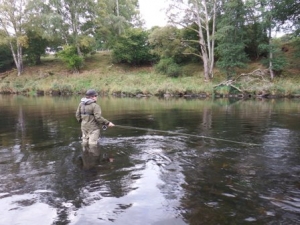 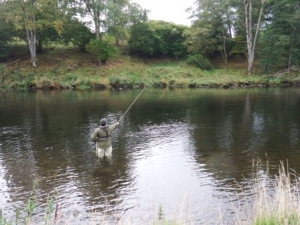 Leigh casting very nice and covering the water well, it has been a pleasure to watch the big improvement over time.

But there were fish on the feed during the morning along with some good hatches of fly. 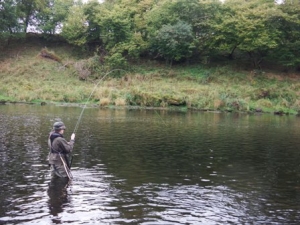 It was not long before Heidi was in action. 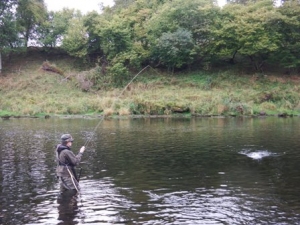 A fish taken on the edge of the suds. 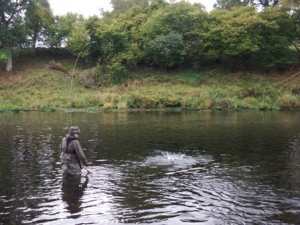 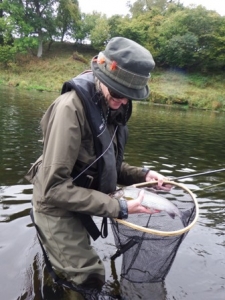 I have had the great honour and pleasure over the years of being alongside Heidi when her biggest trout was caught, followed by the biggest salmon at a tad under twenty pounds and now best grayling. We had a fantastic day on the water in good company with good weather, happy day’s!