It is certainly starting to turn more autumnal the last couple of days with the cooler temperatures and less daylight hours beginning to turn the surrounding foliage. Frequent showers are helping keep the river fresh and at good levels for most types of fishing at present, not much algae about on the river bed this season which is good. Big tides this week of over ten meters and then dropping off during the latter part of. We have been seeing salmon on a regular basis all through this season, a stark contrast from the last which is very encouraging.

On the river with Lucy yesterday who is always good fun and enthusiastic, a fine weather day but with the fish switching on and off as many weather fronts moved through. 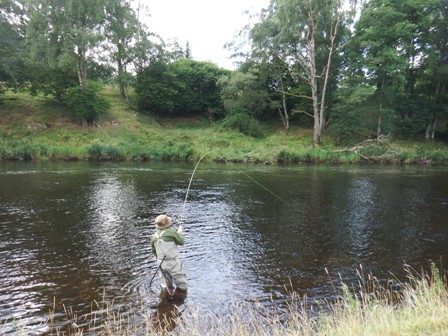 Fishing small nymphs and initially missing a few, it was not long before the takes were converted. 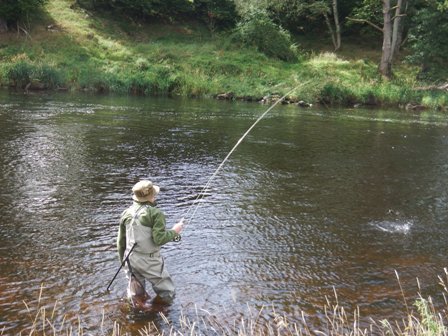 A couple of browns (one in the air here) and a nice grayling @one and a half pounds.

Out with my very good friend David today at Lazonby. There were a few salmon showing in the pools, but today they were just not interested in anything we had to offer. 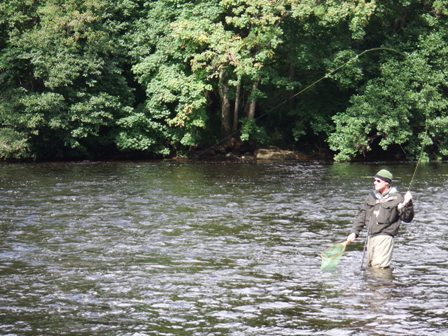 So the attention turned to other species, out came the five weight outfit with a sixteen foot leader sporting a small PTN, which got an instant result. 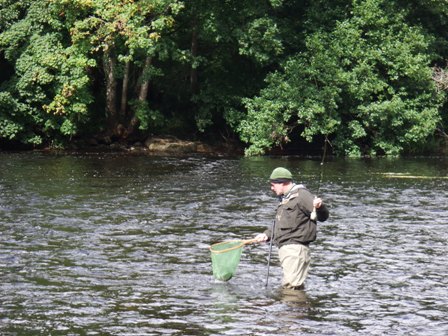 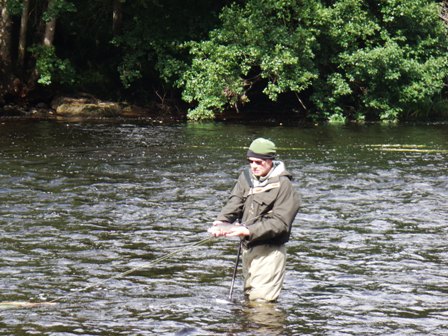 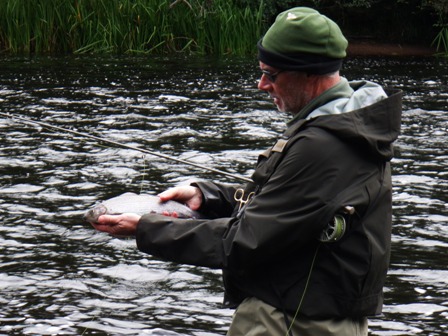 In a very short space of time, four grayling between one and a half and one and three quarters of a pound and a lot missed. It really does pay to be open minded about fishing sometimes to get some sport rather than just focusing on one specie. A great day out, thank you David!