It is always a great pleasure to spend a weekend at the Galloway Country Fair every year and meet and work with some very nice people. As luck would have it, the rain stayed away during the daylight hours giving good weather and did the monsoon thing during the Saturday night.

On the fishing area there were accuracy casting competitions for adult, junior and family categories, a fly casting clinic for adult and juniors along with fly casting demonstrations by AAPGAI members Clive Mitchelhill, Derek Kelly and Glyn Freeman.

The Galloway Country Fair at Drumlanrig Castle was well attended at the weekend, Carlisle based not for profit company Borderlines in partnership with Nith Catchment Fishery Trust were running Trout Accuracy Casting competitions sponsored by Anderson Strathern who provided a £600 prize fund. Borderlines were also providing casting tuition and raising awareness about their work in the region including the Nith Catchment Fishery Trust’s Fishing for the Future project, delivered to 30 schools and youth groups of all ages, as well as several one off events over the last two years.

Competitors in the casting competition had a difficult time of it in the blustery conditions. The Junior competition was won by Robert Reed age 12 who scored 13 points. The Family competition was won by the Scobie family with 12 points and the Lind family were second with 8 points. In the Individual competition the Scobie family’s Daniel Scobie tied with Bob Reed, father of Junior winner Robert on 27 points, this meant the competition went to a nail biting cast off to decide first and second place. Fortunately at this point the wind dropped and both anglers were able to cast in calm conditions and their scores reflected just how well matched they were with Bob finishing second on 33 points and Daniel taking first place with 34 points. 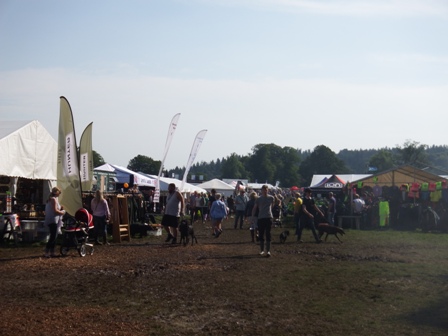 The crowd building in number as the weather improved. 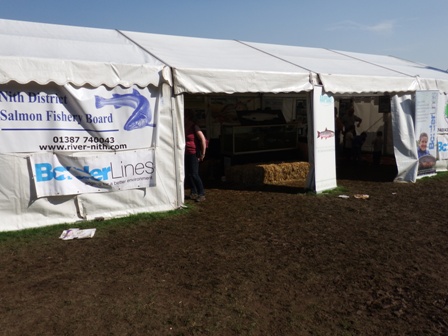 Borderlines shared a pitch with the Nith District Salmon Fishery Board who had plenty of helpful and friendly staff on hand with activities and information. 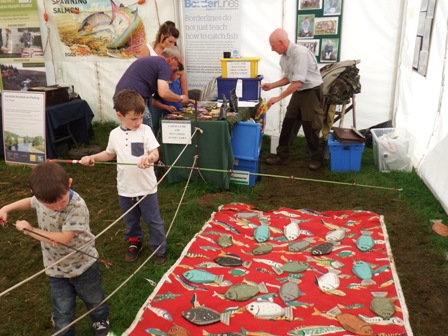 Chris was kept busy in the Borderlines section with the flounder catching game. 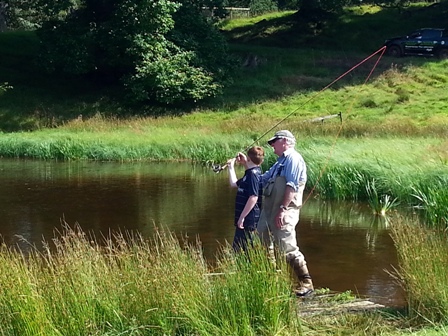 Getting people into fishing. 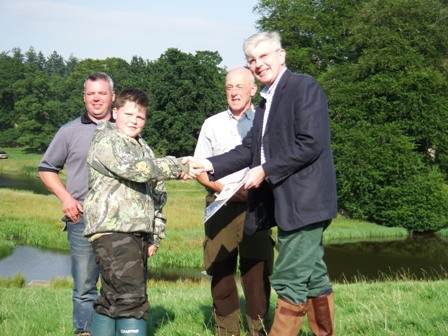 Colin Henderson of Anderson Strathern presenting the prizes to the Lind family. 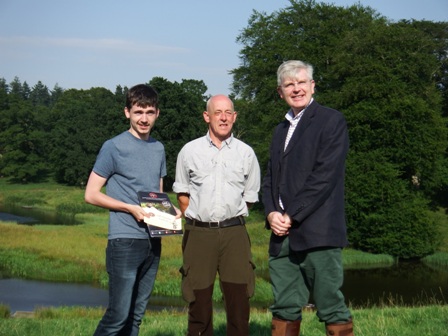 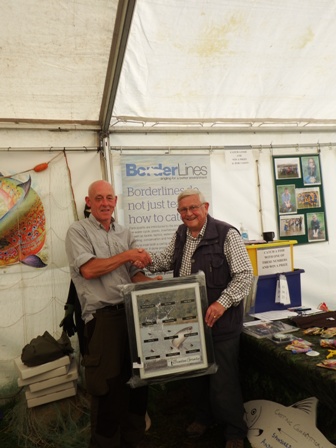 The sponsor Colin awarding a John Norris gift voucher to the runner up Kenneth Annand in the adult accuracy competition. 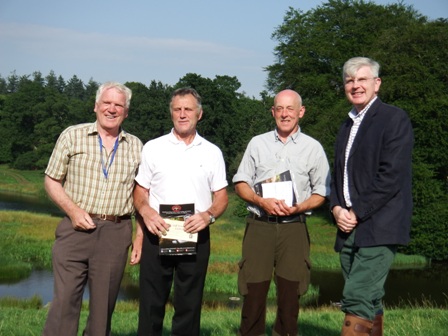 Winners of the family accuracy competition the McCowan family. 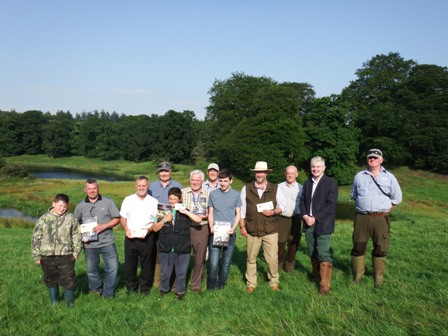 All the successful participants and organisers on the final day. A very big thank you to the sponsors for their generosity, Buccleuch and to the Nith and District Salmon Fishery Board for their hospitality.