There are still fresh salmon running the river Eden despite the low water levels. On the Yorkshire Fly Fishers water near Wetheral Robert Jollie tempted an 8 pounder on a small riffle hitched fly and Yorkshire Fly Fishers Fishery Manager Mike Grimes landed a surface caught brace at 8 and 9lb respectively, all three salmon were fresh run fish. Stan Lane was in action again this morning with an eleven pound fish at Salkeld. Sea trout up to 5lb in weight have been caught although the general stamp of Eden sea trout has been in the 1½ to 3lb range. The majority have been caught by anglers targeting them at night, but fish up to 2lb plus have been landed by anglers fishing for brown trout with dry fly and nymphs during day light hours.
Water temperature 14oC, water level at minus six inches.

My good friends Jim and mike are joining me for two days of fly fishing today and tomorrow on the lower Eden. It was very bright first thing this morning and the fish activity quite slow at first, but as soon as the cloud cover came along with a little rain things soon turned around for the better once we had sorted what flies the fish wanted to see. It was an odd day, we get them now and again, you know there are fish in the pool and the usual patterns like various spiders and PTN’s just would not work on this occasion no matter how they were fished. A change to a Prince nymph made all the difference today as did a Klinkhamer when other dries tried had little or no effect. 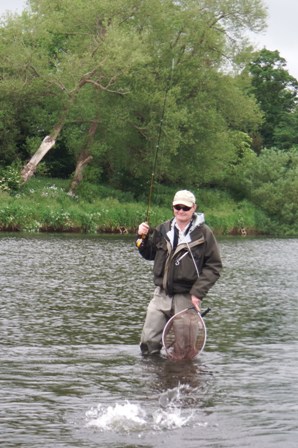 First Jim had a nice grayling on a Prince nymph. 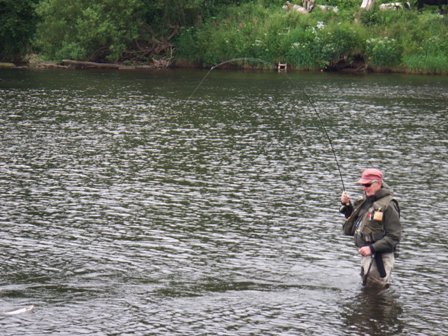 Then Mike with a good trout on a Prince nymph. 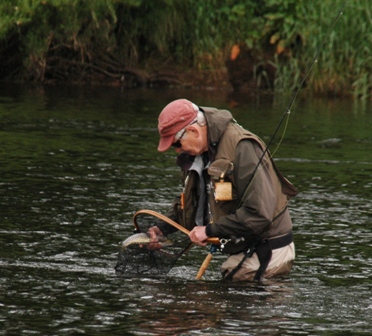 Followed by one on the dry (Klink). 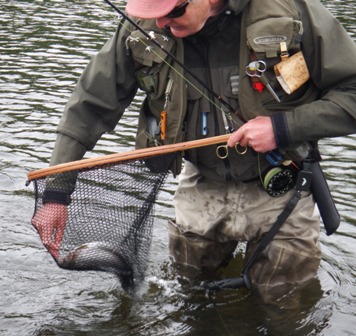 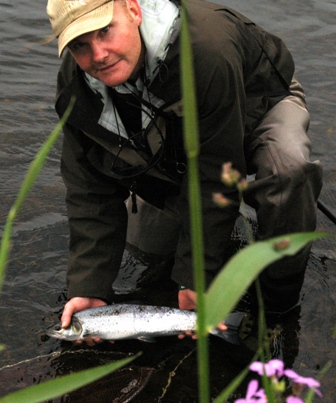 A small sea trout for Jim on a Prince nymph.

Followed by another lively one. 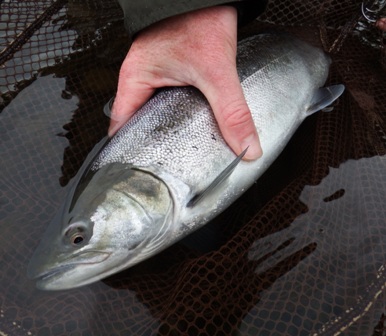 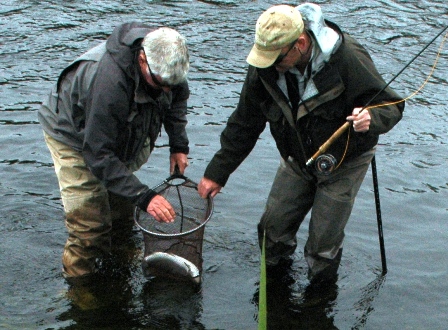 And another, great fun on a five weight.

A grayling for Mike. 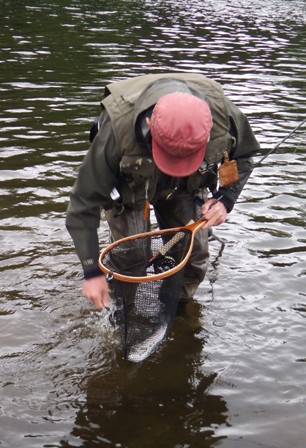 A small sea trout for Mike.

We had a great time on the water today with good friends, good craic and a few fish, why can’t every day be this much fun!