I had a real nice day on the river with my good friend Craig who was accompanied by Phil today, it was Phil’s first time with a fly rod in his hand. The weather was certainly better than the day before, a little warmer and less wind and quite a lot of surface activity in the morning. 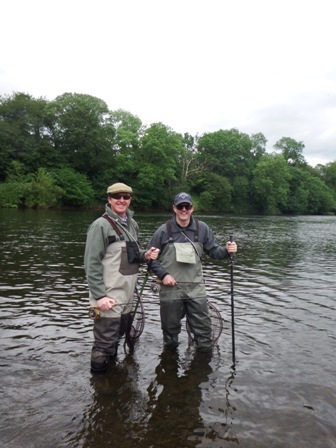 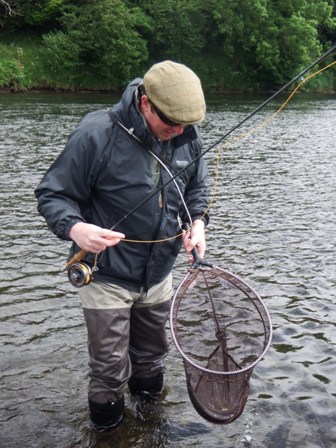 Craig went down the pool first while Phil and myself got the casting going in the right direction. It was not long before Craig had hold of a nice grayling on a PTN. 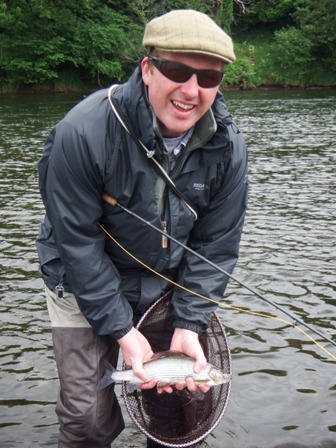 This was swiftly followed by a sea trout of a couple of pounds which parted company after a few minutes of acrobatics, after that a few smaller trout came to the net. 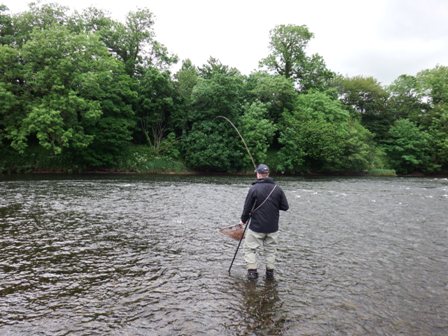 Once Phil had a handle on the fly casting he was into a brown trout followed by a smaller one. 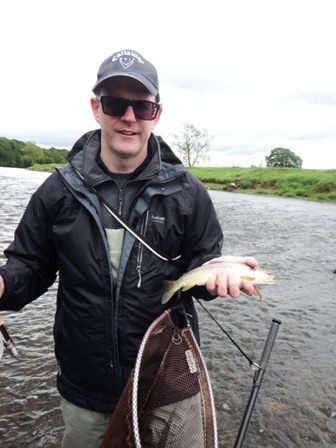 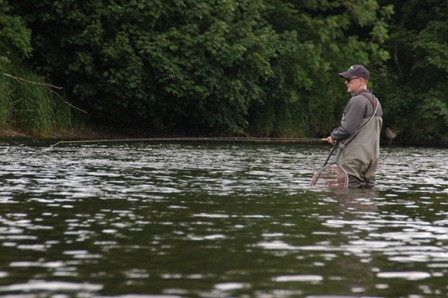 During the mid-afternoon the activity had almost ceased, there were a few takes but no commitment from the fish to stay on, I guess we peaked to early! The worst case scenario was that we had a fantastic day on the water and a good laugh, how bad can that be!