It certainly seemed to be the longest day of the year today with all the high winds and squally showers we have had. We are still seeing a few salmon coming off the tides and running up through the necks of pools. More interestingly a lot of sea trout and brown trout sighted at times and then hardly anything shows for hours, it must have to be something to do with the weather conditions fluctuating wildly has they have been. Friends who have been out fishing for sea trout in the dark have had some fabulous sport this last few nights, the fish are averaging around the two and a half pounds mark with others in the six to eight pound bracket. It seems to be shaping up very nicely this summer for the Eden, the forecast is set dry for next week so the sea trout fishing should improve on a daily basis as long as the evenings stay on the warm side. As for the salmon fishing, go sea trout or brown trout fishing at the moment with the low water! Water temperature 13.5 oC. 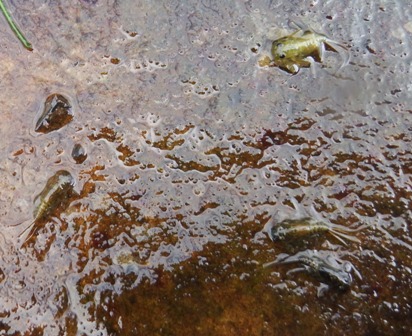 The daily kick sample, every rock we picked up was swarming with life. 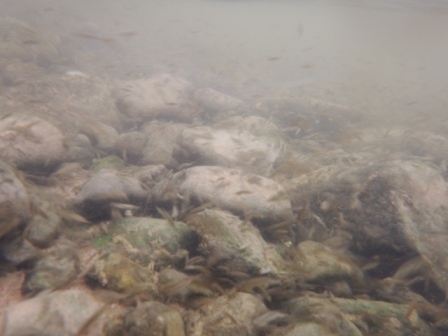 Not the best of underwater shots but someone had told me that there was a shortage of freshwater shrimp, I have never seen so many!

The brown trout fishing is still a little sporadic throughout the daytime, but when the fish are on there is some great sport to be had on both nymphs and on the surface.

I was out with good friends Jamie from Cumbria and Evan from Utah on the weekend. The first day on the middle river at lazonby, the low water has exposed a lot of the river-bed that you would not normally see. 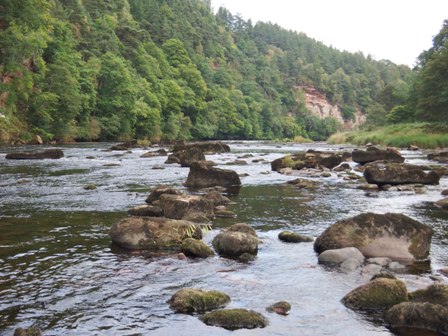 It is interesting looking at the underwater structures that it would not be hard for fish to lie in these places and never to be discovered in normal flows. 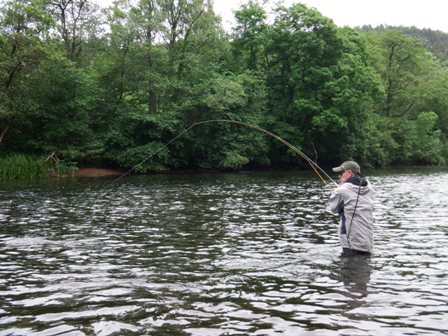 For Jamie, it was his first time out with a fly rod, he did a great job and got his first fish! 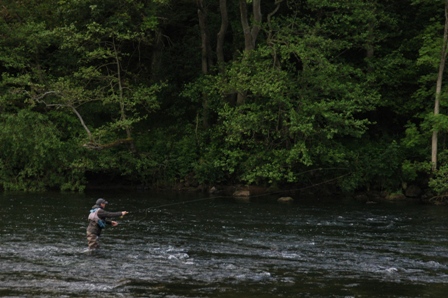 Evan has been fly fishing for a few years and was a natural. 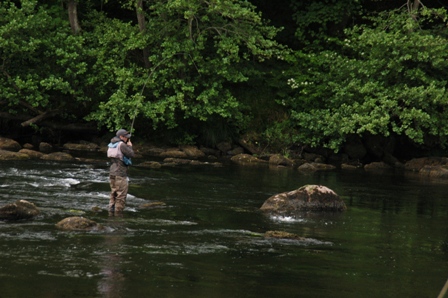 We reckoned on the first day Evan had had over fifteen good fish and lost as many. 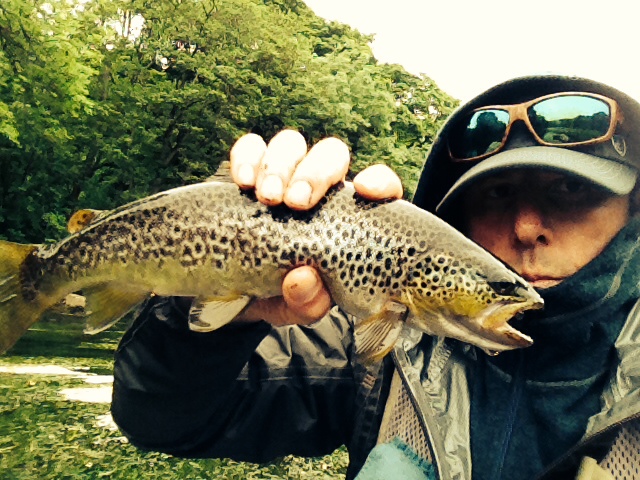 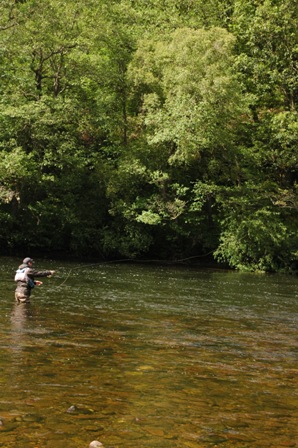 in some beautiful surroundings! 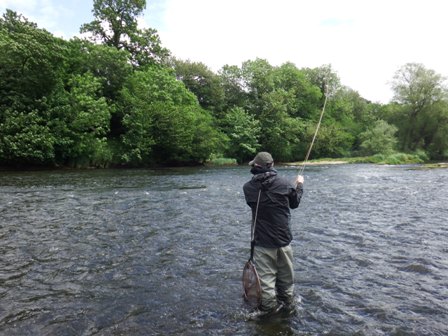 Today on the lower river was very much harder work than the day before with the high wind and some very moody fish, Jamie playing a small sea trout. 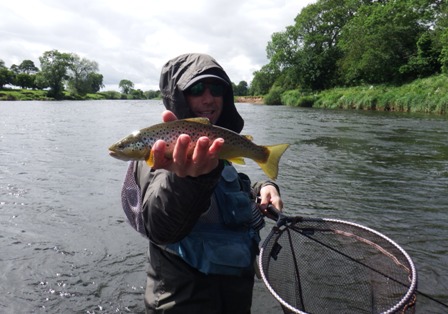 Evan with one of the better trout of the day on small dries.

Thank you both for a really nice weekend and your very good company and I hope that you like our wild trout here Evan as you much as you do in the States!