Had a fabulous couple of days on the middle and lower Eden with Heidi and Leigh, very good company and full of enthusiasm. 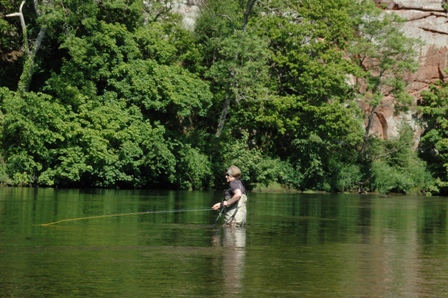 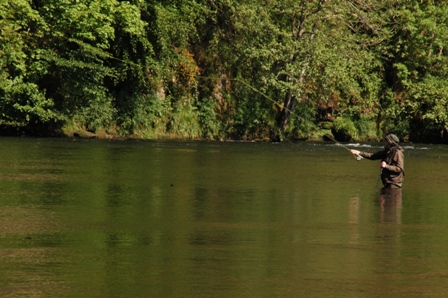 The weather was just fantastic, 21oC, light variable wind, bright cloudless skies from early morning, it was perfect if you were thinking of having a BBQ! Needless to say in these conditions and with the low and very clear water, unless you are willing to fish into dark it will always be a struggle to find good sport. 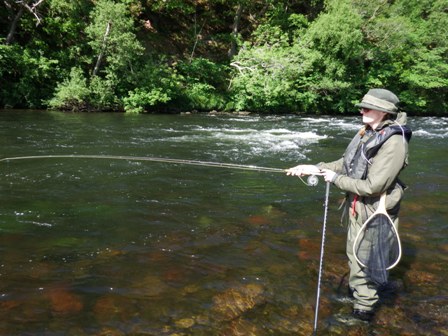 Fishing the more broken water there were a few fish contacted and a few lost. 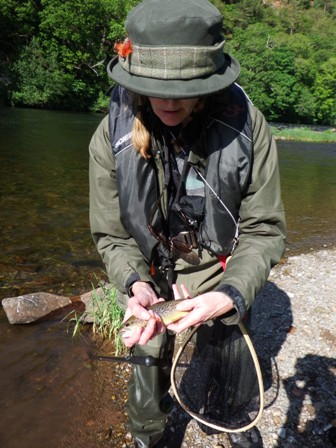 It was hard work on the first day, the fish were on for very short periods and you had to be there fishing in that five minute window when they were on to have any chance. 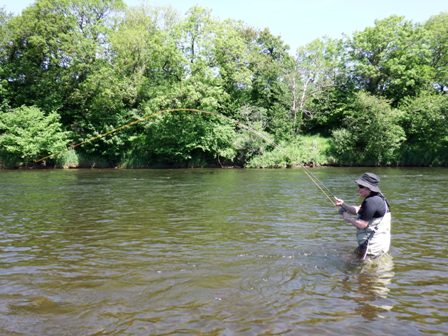 It was even harder the next day, much brighter and much hotter. A few fish were seen on the surface throughout the day but very hard to tempt. Then at Last! 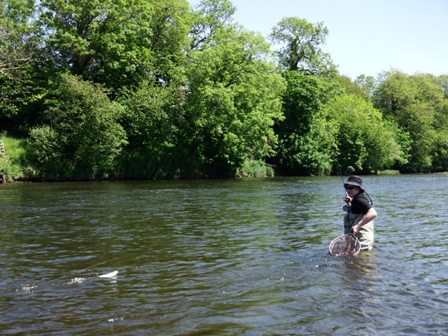 Leigh managed to get hold of a small sea trout, her very first fish on the fly! 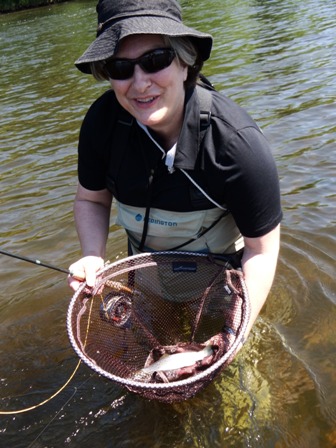 As the level of the river Eden continues to fall salmon catches have slowed down. At Warwick Hall during the last week Carlisle’s Paul Davidson landed a fly caught 7 pounder in the House Pool. John Crowsdale also enjoyed success with the fly in the Gravel Bed landing a 12lb salmon. Tim Bacon fished the fly in the Rushes and landed a 7 pounder. Victor Gubbins who landed a brace of 8 pounders at Eden Lacy on Tuesday, Alan Sephton had an eleven from Lazonby and Stan Lane an eleven pound fish on Sunday. There are a few sea trout entering the river at present. (Report courtesy Chris Bowman).