A good day out with Lincluden school fishing with Borderlines and the Nith Catchment Trust as part of the  “Fishing for the Future project”.

This project is being part financed by Axis 4 of the European Fisheries Fund 2012-13 programme and the Holywood Trust.  We would like to thank the following organisations for donating fishing, time or fish for the project: Nith District Salmon Fishery Board, Solway Firth Partnership, Dalswinton Estate, Drumlanrig Estate, Upper Nithsdale Angling Association, Invicta Trout Fish Farm, Caerlaverock Estate and Douglas Hall Fisheries.

As well as learning about safety at the waterside, youngsters learned how to roll cast and overhead cast safely. 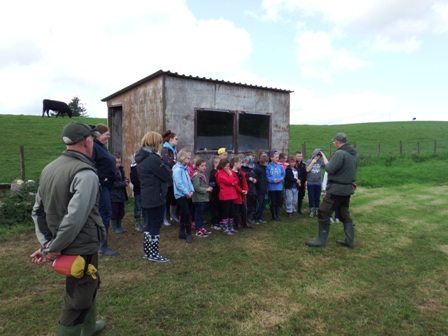 While one group tried their hand at fly fishing for rainbow trout the other group took part in a casting competition that saw Terregles House win with nineteen points to Nunland’s House who scored eighteen points. Stakeford House were third with fourteen points and last but not least Maryholm House with eight points. In the “battle of the teachers” competition Mr’s Oxton beat Mr’s Mercer eighteen points to seventeen. 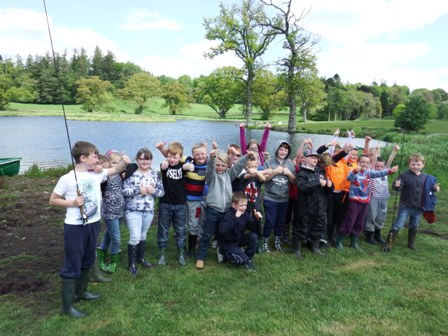 Great weather and a great day out for twenty six pupils from the school and some fine casters among then too!