I have had some good fun this week with friends on the river now the conditions are far more favourable than they have been of late. The river levels are dropping in very nicely now and the water getting a little more clarity. We are seeing quite a few salmon moving every day through the pools as the river is still at a good height for fish to run.

I would think that the Eden has probably performed better than most of the rivers in the U.K this spring, there have been over one hundred and fifty fish caught up to now on the lower and middle beats, also there have been many lost that I know of.

The trout fishing when conditions are right (wind direction, air temperature and water levels) has been fantastic, there have been some serious hatches of fly recently. 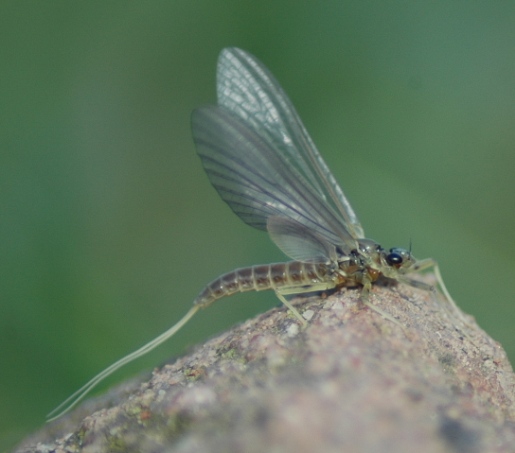 Good falls of hawthorn and black gnat this week, olive upright, yellow sallies, yellow may dun and some of the bigger sedge now showing to compliment the others.

I had the pleasure of Simon and his friends Walt, John and Steve from Florida this week for two days on Lazonby and Warwick Hall, they were great fun and great company to be with. 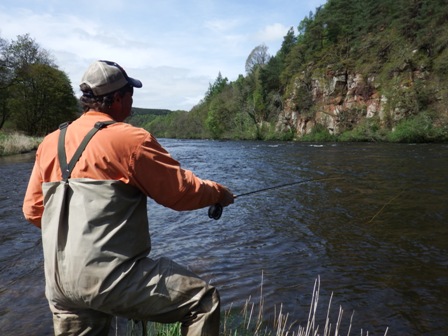 Walt who is a sea fishing guide trying some freshwater fly casting. 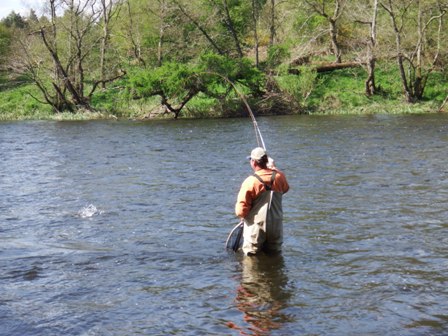 The trout were late to come on the take due to the cool east wind, but a after a mild spell… 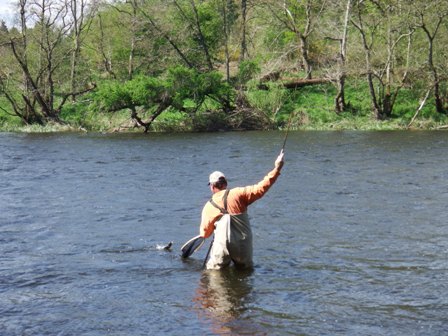 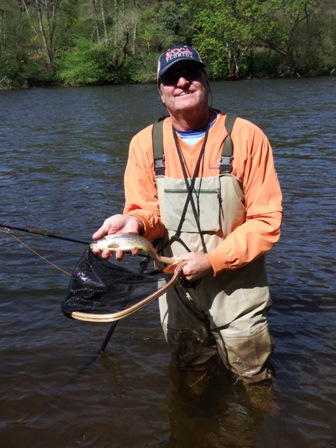 …and a happy ending. 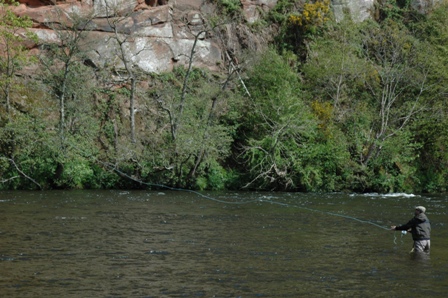 …and eventually got a nice one of eight pounds yesterday at Warwick Hall. 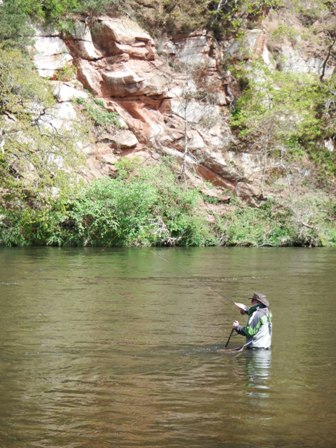 Steve up to his middle putting some very nice casts out. 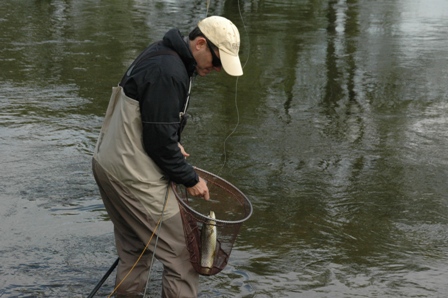 John with a good trout.

Off the the river Tay tomorrow for the annual Spring salmon course’s on lower Kinnaird with Illtyd and Jim. It will be good to meet up with them and see both old and new friends there.