With all this wet and wild storm weather coming in over the last few weeks, it has been impossible to get near the river let alone fish it! Even through December when we had some respite from the conditions at times, the window of opportunity when the river was in fair condition did not last long for some grayling fishing which had shown great potential before more rain put an end to that. Such is life sometimes, we can do very little about that and will have to wait for more clement times which hopefully should be just around the corner.

It will be very interesting to see what happens this spring, especially after the previous years where the Eden has experienced some decent runs of fish from February onwards. I am very optimistic about that, the spring fish numbers do seem to be improving year on year with good running numbers reliable around the middle of March and though to the end of May.

A snap shot of a few of the spring fish from the last couple seasons. 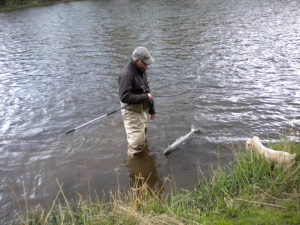 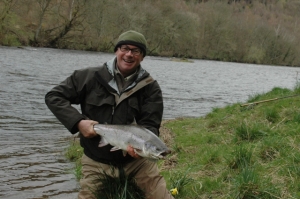 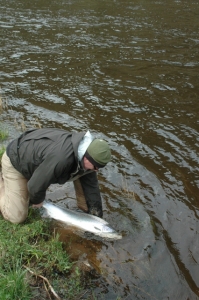 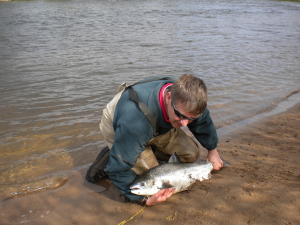 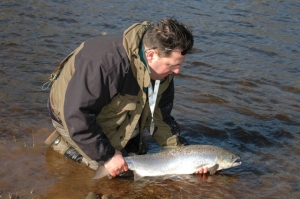 The summer run was okay last season but held up by drought conditions and there were certainly more grilse than the previous season about. What will become of the autumn run I do not know, there seemed to be a problem on all rivers last year and suggestions are that it is cyclical and just maybe we have bottomed out on the low trough and things may pick back up again, we shall see.

Please note that the Lowther Show has changed the dates for next August and now will be on the 15th/16th. It will be a good turn out with some new stands and contributors –

May I wish you all great success this season, make some new friends and may all your ambitions be realised!