My good friend David Hall came to the Eden to fish with me for the weekend, a day on the lower river and a day on the middle. The initial intention was for a salmon, but with the water levels so low it was always going to be difficult, so we went for trout and grayling. 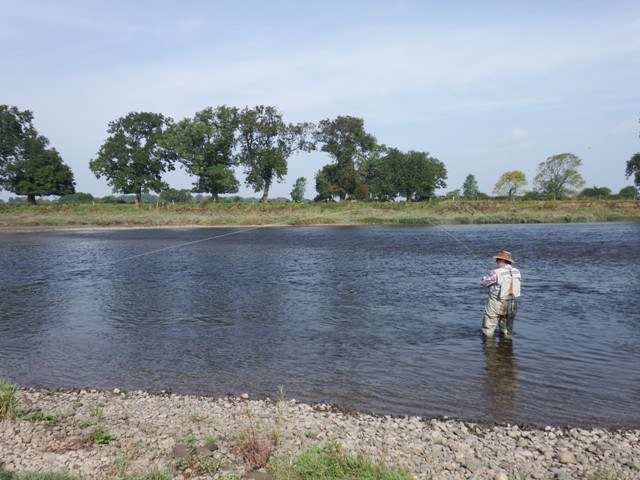 Did not have to wait long for some action even though it was very bright. 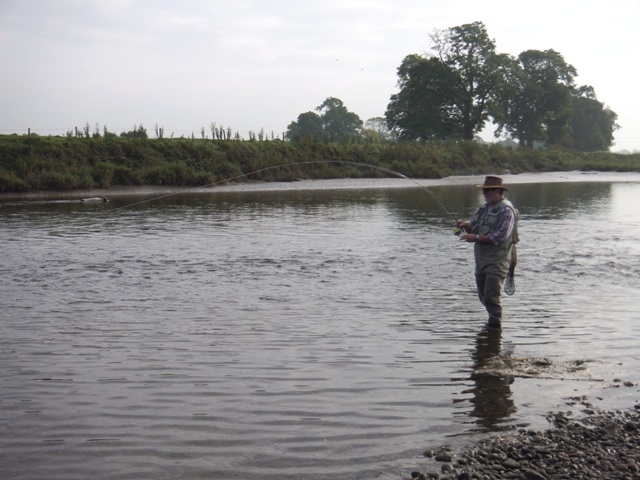 Fishing small nymphs and spiders of David’s tying which were very effective. 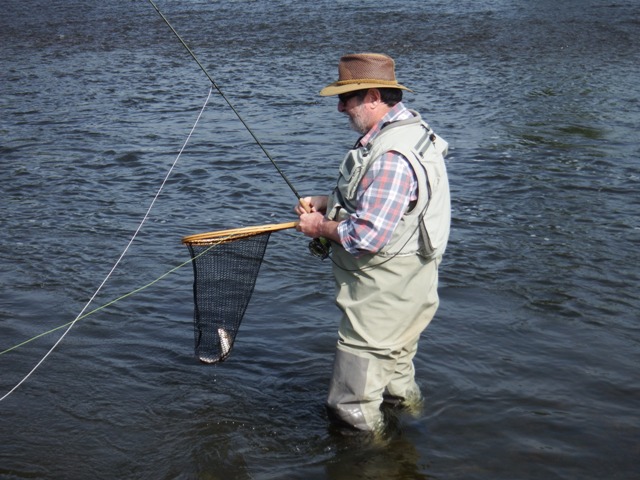 Fish came at a steady pace with the odd lull throughout the day. 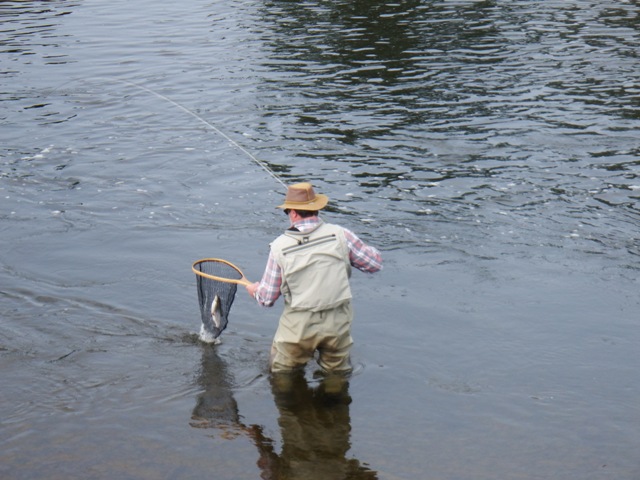 The last one just before the big tide hit, a good day. The following session was going to be at the very picturesque Lower Lazonby Estate. 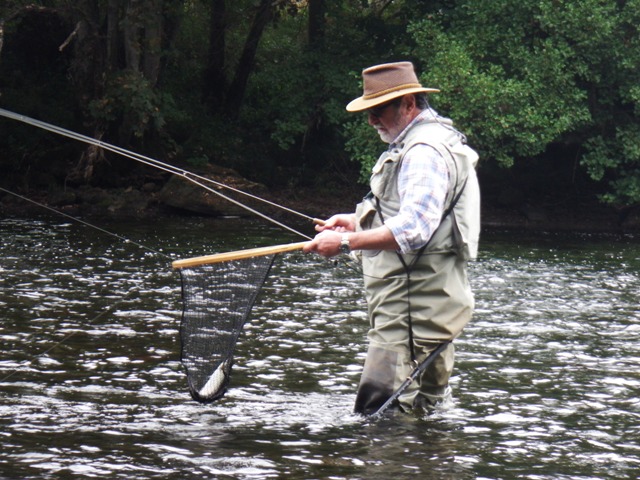 The fishing continued to be consistent with both trout and grayling. 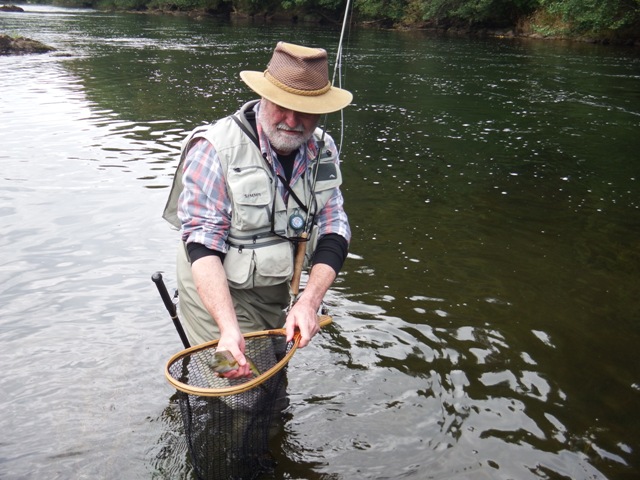 Nothing big today and they needed work to get the takes, but there was plenty of them. 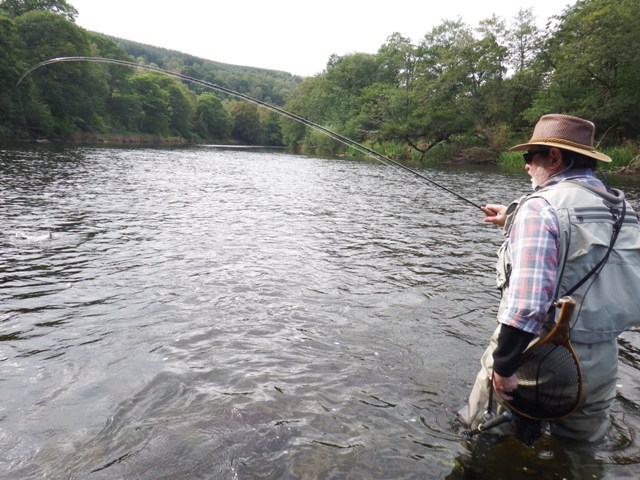 You can quite complacent when the fishing is relatively easy. 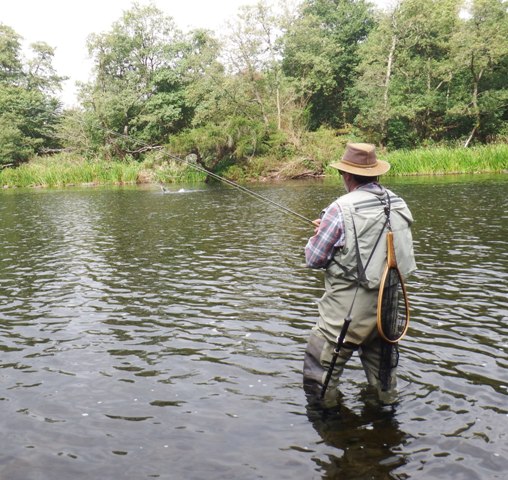 When out of the blue, a rather large fish took the small nymph, a size 14 sparkle on the point and was not happy about that! 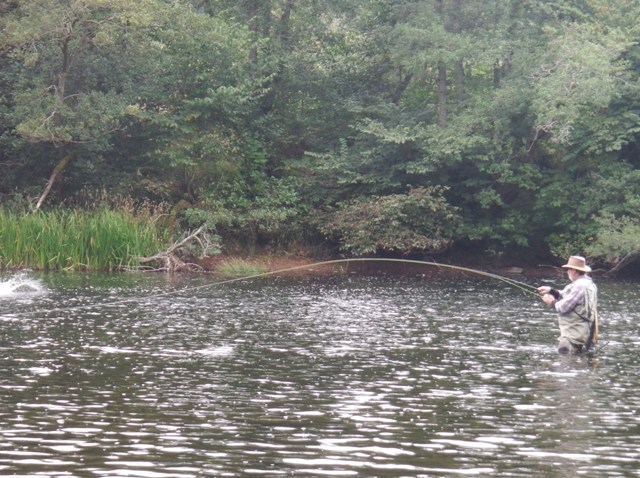 A few terrifying and heart stopping runs later, with just a four weight and four pound leader in hand and with the fish tearing up and down the pool, David kept a cool head, I had to run up the hill to the car to get a bigger net …. 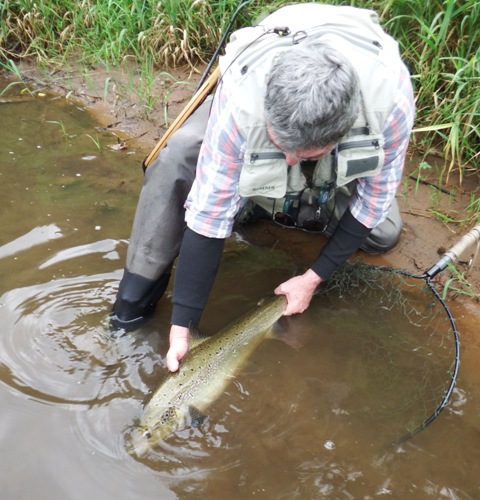 There was a happy conclusion and David got his first fly caught salmon which was safely released!