It was great to see John Maloney today on the lower Eden after quite a few years. The initial intent was for some salmon fishing, but with the way things have been the last week, in between summer and autumn runs at present with sport on the slow side, we decided to do a little trout fishing instead, always a good alternative.

The river was in good order, at summer level and clear. 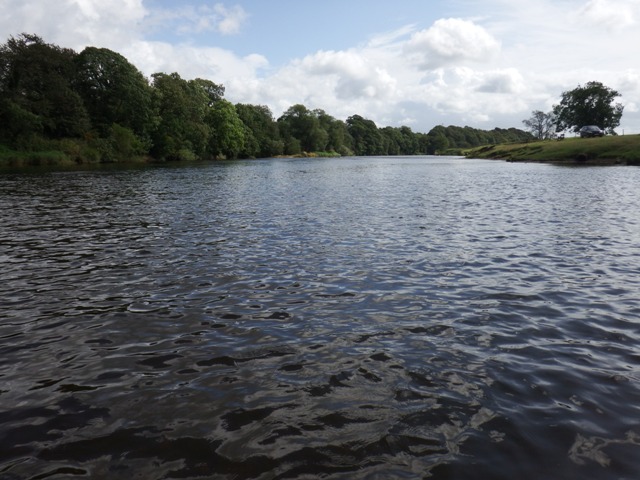 John was casting and fishing just fine in the heavy south westerly wind, sport was a bit on the slow side with just the odd pluck here and there until the leader was lengthened from ten to around thirteen feet and a partridge and red added to the pheasant tail nymph on the point. 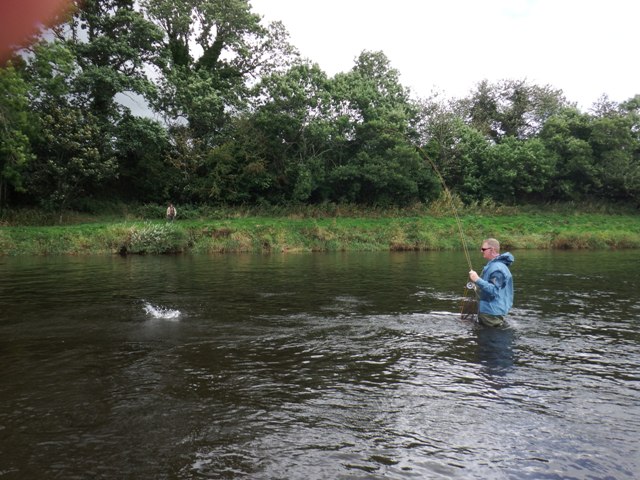 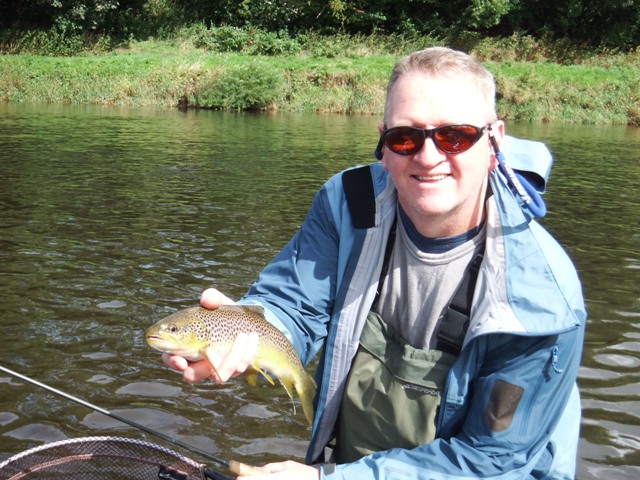 A further run down the pool was followed with thirteen grayling and a couple of smaller trout, all fish were safely returned to the water, thank you for that John, great to see you again and love to Angela!