With the rain that was due on the 5th there were good salmon movements the day before from the estuary. The fish just seem to know what is to come and make an early move, an observation made many times. Rain and showers are forecast all this week which should put some fresh into the system and liven things up. 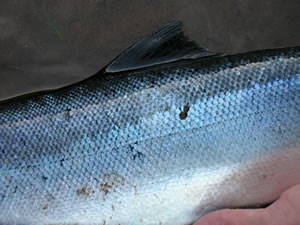 There seems to be a fair amount of despondency around the river at present with the news of the Eden and one or two other rivers not reaching spawning targets. Some of these figures are based on the rod catch returns from the E.A, they have a formula that converts into the numbers of fish running the river. There are certainly salmon about, when conditions are right we do see them, more importantly when there are fish moving there are not many people out fishing. 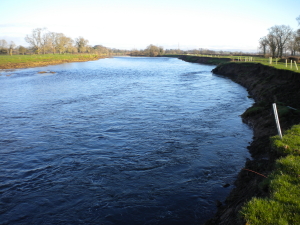 Choosing the time of day to fish either late or very early can be very important when conditions are of low water and warm at this time of the year, it is surprising what we see then. The sea trout fishing due to the low water has been quite exceptional so far this summer, no doubt a lot of these fish will move on upstream with the rises of water we are having at present. 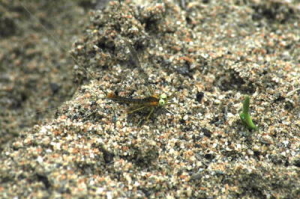 We all had a great time with good friends on the 7th anniversary of the Irish Flay Fair last weekend at  Killyleagh, it was great to catch up and have some fun, the sea food chowder, craic and Guinness are as good as ever in the Dufferin Arms.

There was as always a great buzz at this Fair, a totally different atmosphere, everyone including the mayor getting involved that you just do not experience anywhere else, how do we bottle that? 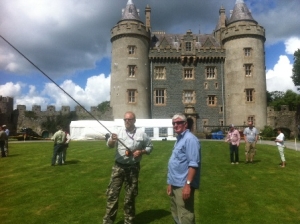 There has been some very useful work done there, especially on how important it is to look after the small streams that are so vital for spawning salmonids. AAPGAI member Ken Whelan from the Atlantic Salmon Trust amongst others like Nick Chisholm from the Annan Trust gave some fine talks on the subject and how important these tiny streams really are. Stephen Kennedy who is one of the co-founders of the Dibney River Conservation Trust and AAPGAI member has tirelessly worked to that end to get the river Dibney, an important sea trout spawning stream that was once polluted by the tannery, habitat back to where it should be, working with local youth and much more, great work Stevie and thanks for inviting us all and Gawn’s generous hospitality.