26th of the month now and there been one half day of rainfall for whole of July. The river Eden is low and the water temperature nudging 70oF, but surprisingly the trout fishing is pretty good! Even on cloudless days with bright sun, very clear water, the trout and grayling are having go to most methods. The evening fishing now is just outstanding especially on dusk, the fish are responding to whatever tactics are offered! 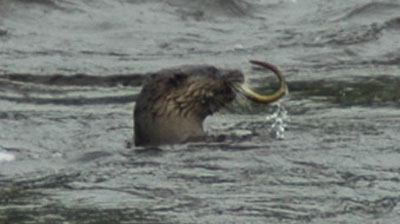 It is good to see that there are still decent numbers of sea trout on the lower beats, although most of the evenings have been perfect conditions to fish for them, the high water temperature especially after a hot day in the mid-twenties has switched them off taking well this last few days. 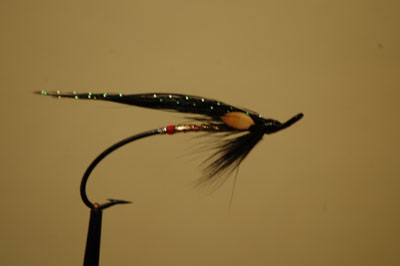 The numbers of grilse are now building very nicely with some good size salmon amongst them. An inch or two of rain is desperately needed, not just to raise the water level so these fish can run but just to cool things down a little. Although there are numbers of salmon about they are reluctant takers with the high water temperatures, a drop of a few degrees is all that is needed. 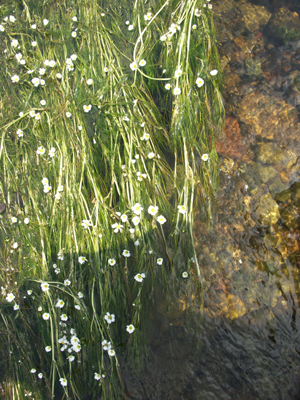 Because of the erosion on the river banks, it make getting in and out of the water sometimes very difficult especially for some less able people. We got these beautiful ladders made of heavy and galvanised steel by a very good friend Steve Ford who was kind enough to put himself out. 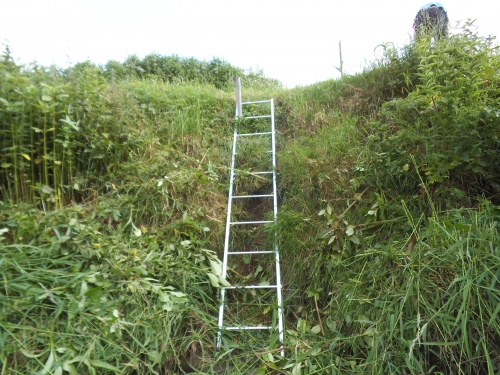 They were all installed very nicely and tied in with rope to stop any flood taking them away, they worked fine and everyone seemed pleased with the job, after all it had been a long time where access to some of the pools could be safely done.

What we did not count on was the idiot or idiots that decided that they liked the look of the ladders as well and thought they may look better somewhere else! There were two taken from the river at Beaumont  below the Parish hall last week in the pool above the fallen tree, I would like to know who that was and would like to have a little chat with them. The ladders are quite heavy, they have re-bar footsteps and are galvanised, they are unique and easily recognised.

Reward for any information

Also while on these subjects, nothing wrong with the right to roam but please take your litter home with you and not throw it on the bank or in the river for someone else to pick up!