The heavy rain forecast did not really materialise as predicted into Cumbria on the 19th, with just light rain for the first part of the day, the river was virtually untouched. Some good reports of evening sport, sea trout to four pounds and a few salmon seen running, the brown trout fishing is excellent at present. On a more sour note!

Also enjoying some great fishing are the Goosander! 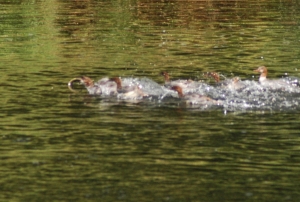 These birds after being introduced some time back have rapidly spread throughout Scotland, England and Wales. They are great mothers and often have broods of well over a dozen. they are tipping the delicate balance unfortunately the wrong way for most fisheries. 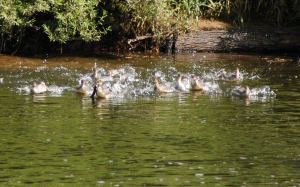 The amount of parr sized fish (salmonids included) and River and Brook lamprey (protected species) they consume is just phenomenal, even a well managed hatchery could not keep up with the demand! 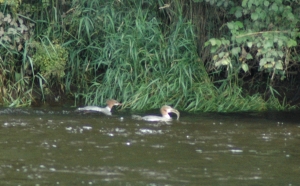 Otters, Herons, Kingfisher and Osprey have long been a part of the balance of a river which has evolved to accommodate that. 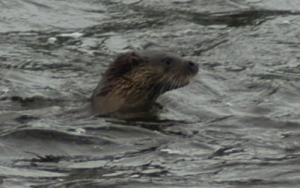 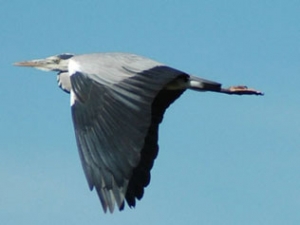 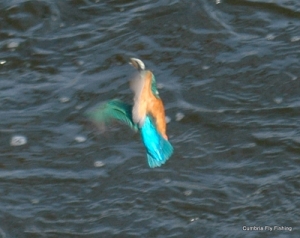 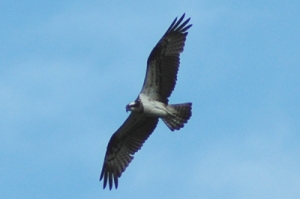 But not these in such great numbers! 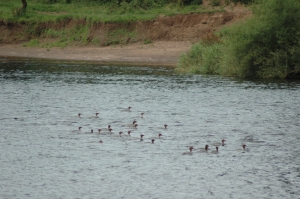 What could the Eden (amongst many other rivers) be like if each bird were not taking four or five fish per day? The Eden is still a fantastic river but it could be outstanding and world class by a mile if there was a little liming on the acidic upland streams to open them up for spawning and maybe to invite the Goosander to think about relocating. The knock on effects are tremendous with a thriving river, hotels, fisheries, retailers the list goes on. 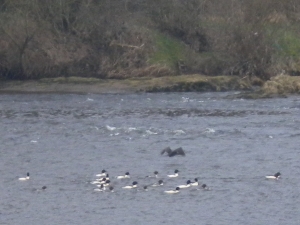 Cormorants are often invited to the Smorgasbord! Do we have to wait for more endless surveys and studies to tell us what we already know?